Ricciardo Crushes His Rivals With A Blistering Lap To Take Pole In Monaco – WTF1
Skip to content
×
Formula 1 , News

Daniel Ricciardo was fastest in all three practice sessions and then in all three parts of qualifying. His first lap in Q3 set down a serious marker – his 1:10.810 was not only a comfortable track record, it was well over four-tenths faster than anyone else could manage. Even his second, slightly slower run would have been more than enough for pole.

Sebastian Vettel will join him on the front row after his final effort was enough to knock Lewis Hamilton off the front row down to third, though he was still over two-tenths slower than the Red Bull. Kimi Raikkonen couldn’t quite replicate his heroics from last year and will start fourth, with Valtteri Bottas a distant fifth.

Esteban Ocon took ‘best of the rest’ title by qualifying sixth, while Pierre Gasly did a solid job to make it to Q3 and start 10th. Despite showing epic pace in practice, Brendon Hartley couldn’t quite find the same kind of speed in Q1 and things weren’t helped when he got held up by Marcus Ericsson on his last lap.

Hulkenberg missed out on making it through to Q3, as did Stoffel Vandoorne, whose run of getting outqualified by Fernando Alonso continues. Sergey Sirotkin has been on it for Williams all weekend and 13th on the grid was a very solid effort.

Haas has no pace this weekend and although Romain Grosjean got through to Q2, Kevin Magnussen had a bit of a mare and was slowest of everyone in qualifying. Still, he’s at least ahead of Max Verstappen, who couldn’t even set a time following his FP3 crash.

Despite Mercedes’ best efforts to try and get through Q2 on the slower ultrasofts for an advantage in the race, eventually, the team had to join the rest of the top 10 and use the hypersofts. Many teams are expecting them to be a bit of a pain in the race, so strategy is looking set to be everything, and the drivers starting outside the top 10 could be well-placed for a big result if a safety car or something falls their way.

As for Ricciardo, when he comes in for his stop he probably won’t care what tyres his team puts on the car, as long as they know where they are… 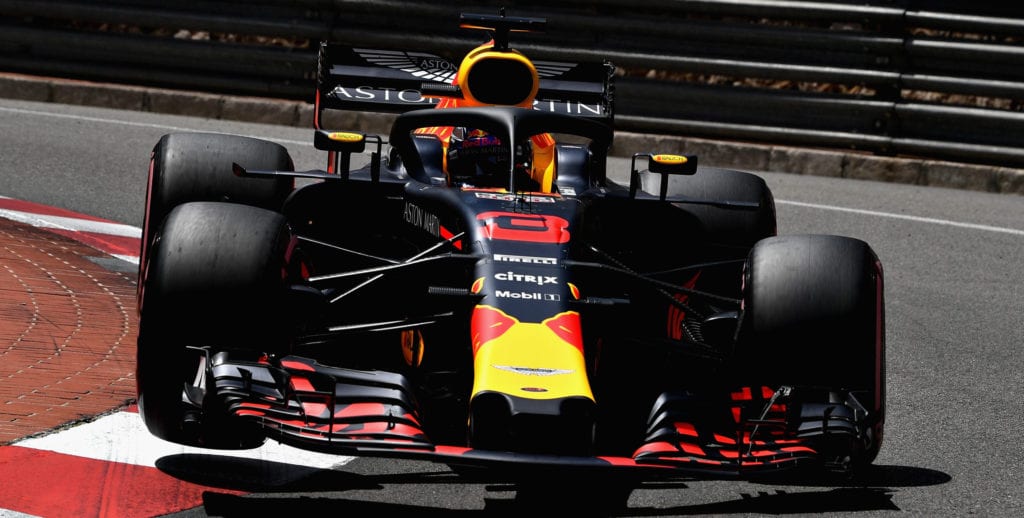