It’s not getting any better for Daniel Ricciardo, is it? He’s had another way off qualifying and will start ten positions behind his teammate Lando Norris. Yep. Lando starts third, with Ricciardo down in P13. Big yikes.

Danny Ric only qualified 13th after struggling to hook the car up all qualifying. You know things aren’t quite right when a Williams is ahead of you, even if that person is George Russell. It’s a big step back from what looked like a really good Friday, where he was second after FP2.

Every time it looks like it’s getting better for Daniel, then it comes crashing back down.

“[I’m] not so sure,” Ricciardo told SkySports when asked what’s going on with his pace at the moment. “We just lost a lot of speed overnight. It’s not even Quali. We were slow this morning. We put the car on track, and we were quite a bit off.

“It’s…yeah…another session where we’re scratching our heads a little bit. It was a long way off, at times even a like a second or something. A bit strange, obviously yesterday was really strong and encouraging. I wouldn’t say there are many answers to why we obviously struggled a lot today.

“We’ll try to figure it out, obviously looking forward to tomorrow now, but definitely didn’t expect to be hereafter yesterday.”

“There’s definitely a bit of setup,” Daniel responded when asked what was specifically was holding him back. “I didn’t think we had the perfect car yesterday, but the lap time came, and today I felt in some areas I was driving to the limit of the car. I couldn’t go faster because I would basically run off the track.

“I felt like I was pushing it, but we were slower pretty much everywhere. Yeah not sure at the moment. We’ll have a look at the data. Like I say, not just Quali but also this morning…it seemed like yesterday was a long time ago.”

Not DR's day, but he'll be back to his fighting best tomorrow. 💪

It’s elbows out tomorrow for Danny Ric; he was able to fight past a lot of cars early on last time out in France, and with rain still being teased for the race, there’s hope he can recover the weekend yet.

Where do you think Ricciardo will finish in tomorrow’s race? 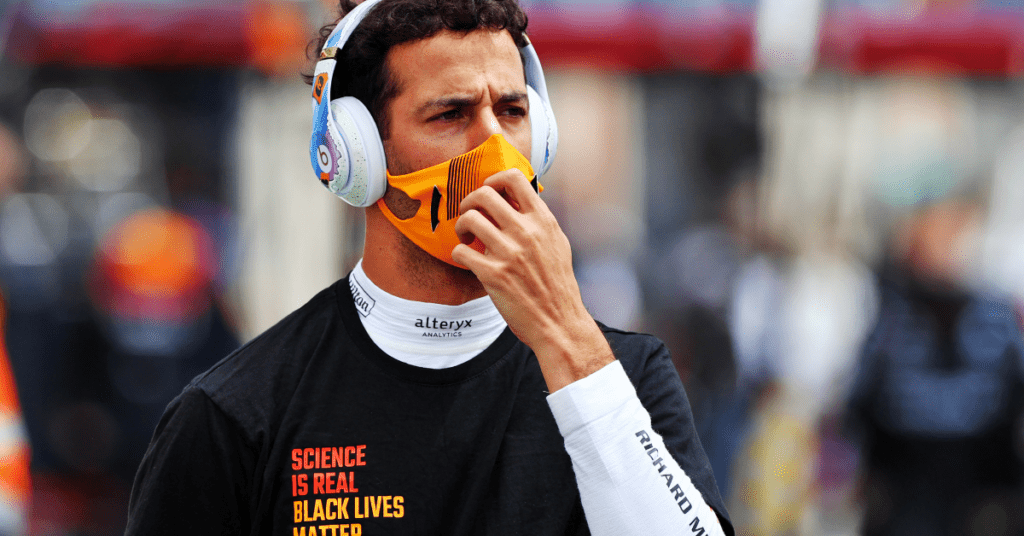