Ricciardo Got Fed Up Of Waiting For Other Teams’ Decisions During Silly Season – WTF1
Skip to content
×
Formula 1 , News

Formula 1 teams playing games and being a bit non-committal? Surely not! After years of being involved in the Red Bull programme, last year Ricciardo was a true free agent for the first time. He quickly found out that searching for a new team isn’t always the most fun experience and bemoaned the way he would be left hanging instead of being given a straight answer. He told ESPN:

“I knew talks would take a bit of time probably and again, trying to feel each other out, but it got to June/July and maybe we had spoken a few times and we hadn’t really got anywhere, so if you want me tell me otherwise, I will move on – that’s cool. I guess it gets to the point like that with everyone where you want a black or white answer and that’s it. I guess the games can wear a little thin.”

“I don’t even know if it’s games, but circling around the edges, it’s like – just go straight in! But these are all things I will learn, and I am sure there will be another time in my career where I will need to go through this process again. I am sure there’s things I will do differently. I don’t necessarily have any regrets, it’s all just a learning process.”

He added that there were some fun aspects of it, such as the uncertainty of knowing how a chat with another team was going to go. Ultimately, he of course ended up with Renault, which was something of a shock because the expectation was that if he didn’t switch to Mercedes or Ferrari, he’d stay at Red Bull. Indeed, Ricciardo hinted that Mercedes was one of the teams that messed him around a bit, saying:

“I guess on one hand I had teams that really wanted me, and then on the other there were teams that were kind of half the foot in the door but not really… so Mercedes and that. At times it was confusing for sure, and obviously you’re trying to figure out what is real and what isn’t, who’s genuine and who is not. Again, that was exciting, but it does keep the mind ticking a little bit.”

As for Ferrari? Well, Ricciardo said that apparently his talks broke down with the team for two reasons – it already had its heart set on Charles Leclerc, and someone in the team wasn’t keen on having him around. He told Automoto:

“Evidently someone said no when I arrived. Who? I’d like to know, but maybe I have an idea…

“I talked and discussed, but you see that they had already made arrangements with Leclerc, so mine fell through. That works well and good luck to them as far as I’m concerned. I hope to still have some time in F1 and who knows that in the future there are not opportunities to meet again.”

Who would have said no? Well, Sebastian Vettel got trounced by Ricciardo when the Aussie joined him at Red Bull in 2014, so he’d be the obvious answer. That’s assuming Vettel has that much power in the team, though. And given how political Ferrari can be, chances are it could have been anyone – well except Kimi Raikkonen… 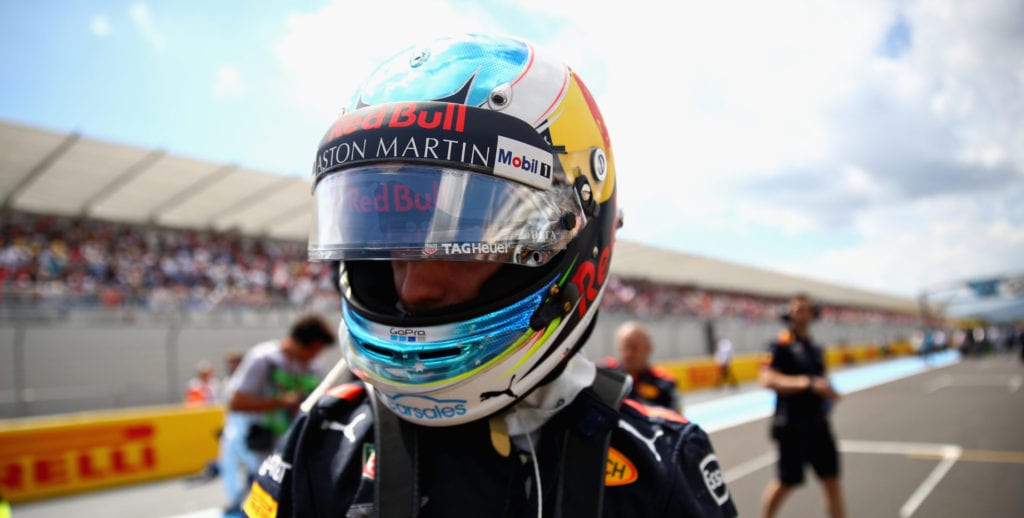