Your home race is particularly special and being the first race of a new era makes it even more so. That probably makes Ricciardo’s Australian GP issues even more heartbreaking.

It was a rollercoaster of emotions on Saturday and Sunday for Dany Ric. He crashed out in qualifying and then picked up a grid penalty for a gearbox change.

Great, not the best preparation for the race.

Then, on his way to the grid, he pulled off track in the final sector with an electrical problem – a sensor issue stuck the car in gear.

Red Bull managed to get the car back to the garage and worked frantically to get him out for a pit lane start.

They sorted the issue and got him out onto the circuit but he was two laps down and just had to get stuck in, using it as a test session and hoping for a miracle.

That miracle didn’t arrive. It went from bad to worse. His car survived over half the race before the engine decided to fail at Turn 4. Damn…

The Honey Badger’s day was officially over now, having looked set to end before the race had even started.

We wouldn’t be surprised if Ricciardo needs to go sit in a quiet room for an hour or two, just to gather his thoughts and compose himself.

A tough start to 2017 for the Red Bull racer. He definitely won’t be smiling after this race… 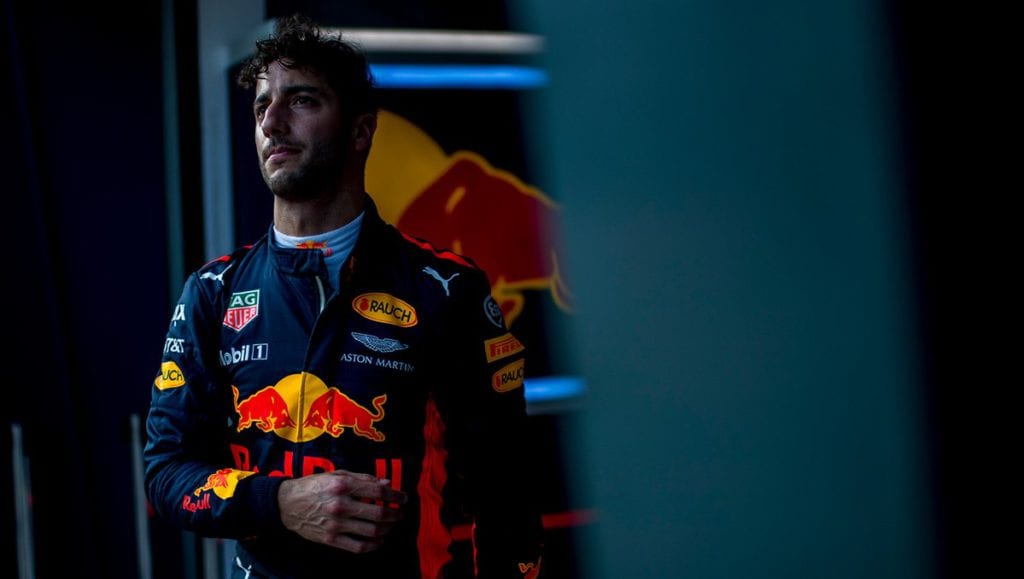