Ricciardo Isn’t Ruling Out A Move To A Midfield Team – WTF1
Skip to content
×
Formula 1 , News

Ricciardo Isn’t Ruling Out A Move To A Midfield Team

With McLaren supposedly making a bid for Ricciardo’s services next year, the topic of where the Aussie will drive next year has been reignited. But although the obvious decision would be for Ricciardo to stick to one of the top three teams, he fanned the flames of the McLaren story by refusing to rule out a move to a team down the grid. He was asked whether he’d consider going to a team like McLaren or Renault, telling Autosport:

I’m not going to say ‘no, it doesn’t interest me at all’. Probably more ‘cause what Lewis was able to do with Mercedes. And I know that, if you’re saying those two teams, they’re not quite in that position yet – but could they be? Maybe. The thought of that, it has some appeal. I wouldn’t say it’s probably top of my list right now, but I wouldn’t dismiss it, also. Obviously McLaren and Renault aren’t there [out front] today, but maybe they will be there in a year or three years’ time.”

In 2012, Hamilton’s decision to leave front-runners McLaren for a much less potent Mercedes was a huge shock, but turned out to be a brilliant career change. Ricciardo added that the chances of that happening again is something he’s factoring into his decision.

“Lewis pulled the trigger pretty well. Whether he fluked it – he says that he really knew it was going to happen, I don’t know. Obviously he’s done well for himself with that move. So, whether it’s just a fantasy for everyone else, I don’t know, but at least there’s a little bit of proof that something like that could potentially happen again.”

He also countered the recent reports that he’s been approached by McLaren, saying that although he hasn’t heard anything from the Woking squad, the team would “probably” be interested in an experienced driver like himself if Fernando Alonso left.

It’s an intriguing situation. Is Ricciardo simply being diplomatic, or does he have a genuine interest in heading off to a team like Renault which is not only on the ascendancy, but which he can also build around him?

After all, as ideal as Mercedes or Ferrari would be for Ricciardo, both of those teams have junior drivers looking just as ready to jump in, and in the more immediate future it wouldn’t really be that surprising for both teams to stick with their current line-ups for another year. He could stay at Red Bull, but after four seasons the team has struggled to challenge for titles, and the Honda deal will surely introduce some doubt as to whether that’ll really help matters. 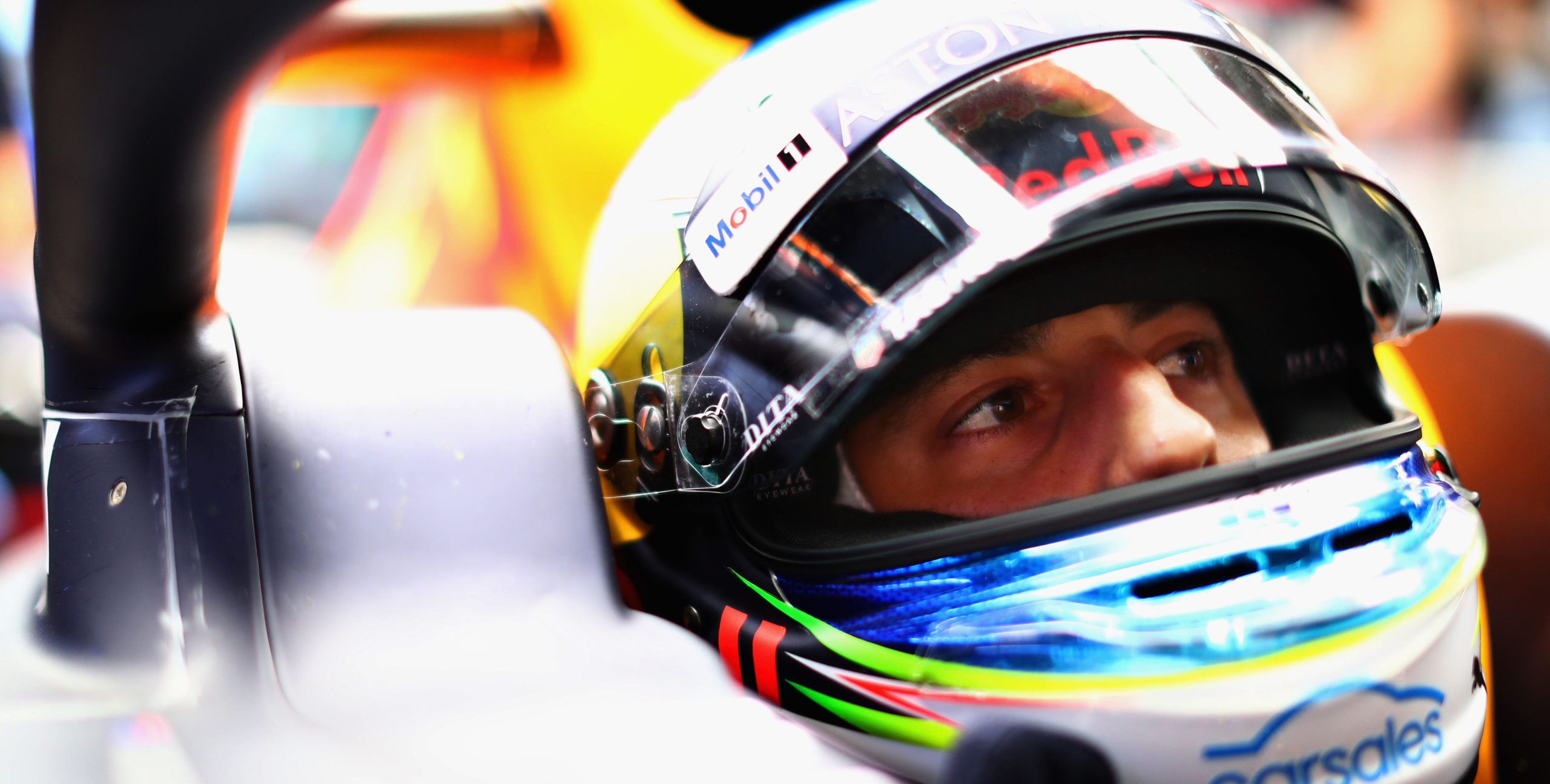