Ricciardo Joked About The Real Reason Why He Joined Renault At The Car Launch – WTF1
Skip to content
×
Formula 1 , News

Why did Ricciardo leave Red Bull, a race-winning and potentially championship-contending team, to go and drive for Renault, a team likely to remain in the midfield for at least another year or two?

Was it the threat of Max Verstappen? The poor reliability of the Red Bull? Was he just fancying a new challenge? During the launch of the R.S.19, Renault team principal Cyril Abiteboul asked about the risks of joining the team and Danny Ric gave a classic jokey answer:

“Bonjour! Je m’appelle Daniel. So I just wanted to learn French, that was a big part of this. I’m getting there!”

Oh, Daniel. He then got a bit more serious and said that he just needed to switch things up a bit.

“Last year we had some highs and some happy moments. There were also some points of frustration. I was craving a change and everything I learnt in 2018 will make me a better version of myself in 2019. The difference will be a more mature person. I have more clarity of where I’m going and I aim for that to be shown with good results on track. I feel a lot of positive pressure and expectation to do good things, but that’s something I’m looking forward to taking on.

“Obviously, I’d love for the R.S.19 to be the fastest car on the grid but for now, I want to see progress on the engine from last season and ensure the team remain motivated. People are looking forward to having me on board and I think Nico and myself will be a really good pairing to push the team onto the next step. I’m optimistic as the team will keep growing even more after impressive progress since 2016. I want to be part of this progression to score podiums in yellow.”

Progress on the engine is something that Renault claims to have made – then again, nobody’s going to come out and say ‘actually, it’s not very good’, are they? 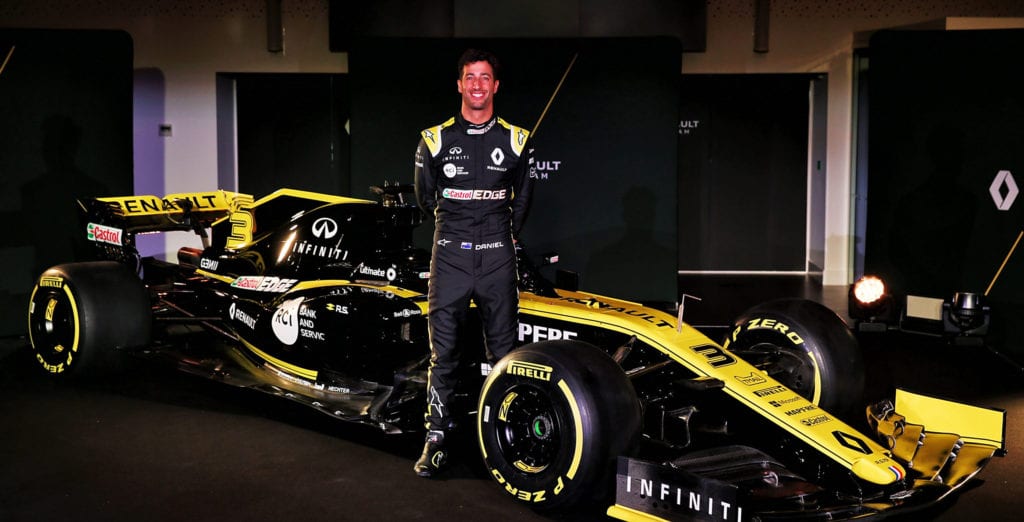