Ricciardo Says Red Bull Is The Best Prepared It’s Been Since He Joined The Team – WTF1
Skip to content
×
Formula 1 , News

When he joined Red Bull for the 2014 season, Daniel Ricciardo will probably have been expecting to achieve rather more than five victories and a single pole position. That’s in no way his fault, but rather the result of Red Bull struggling a bit in the hybrid era.

A big part of that has often been the slow start to seasons – quite often, the drivers have had to wait until the start of the European season before regularly challenging for podiums even becomes a realistic opportunity, whether because of poor reliability or a sub-par chassis. But unlike previous years, 2018 testing seems to have been going rather well. In fact, Ricciardo says that since he joined the team in 2014, this is the best prepared it’s ever been. He said:

“We’re certainly more ready than we were last year – and probably every year before that since I’ve been with the team. We did a lot of laps, I think the pace of the car is not bad, I think we still have some things to improve, it’s normal.

“But yeah, going to the race and having confidence to push the car on the limit and to push the engine a little bit, I think we have much more confidence now.”

Trying to judge anything from testing is always a tricky business. Although Ferrari had the quickest lap times, many believe Mercedes is seriously sandbagging, with Red Bull also yet to unleash the true pace of the RB14.

Ricciardo said that he’s pretty happy to at least be close, though.

“I think we’re looking OK. I don’t think we’re yet the fastest car, I think we’ve still got to find a bit of time, but I think we’ll be close enough to be in the hunt. I think we still do have some lap time to find, but I do believe we’re in the ballpark. What does ‘the ballpark’ mean? I don’t know. We’re there, there or thereabouts.”

Red Bull generally gets more competitive as the season wears on, but in recent years has been hurt but getting off to really slow starts. If Ricciardo is right and Red Bull is somewhere in the mix for victories from round one, could we see the team in with its first real shot at a championship since Sebastian Vettel’s glory years? We hope so because a title fight between Ricciardo and Max Verstappen could be absolutely explosive. On the downside, it’d probably spell the end of their incredible bromance… 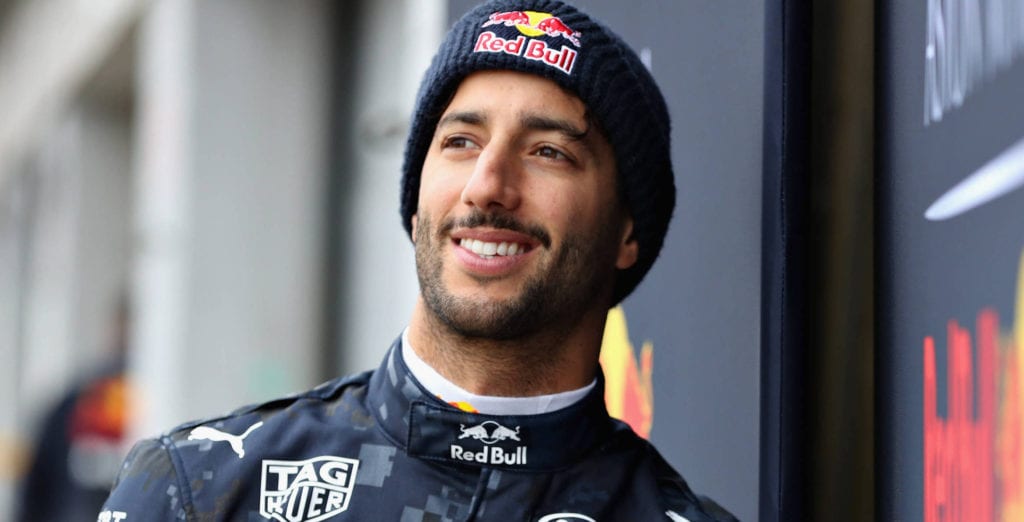