It was a solid day of testing for Aston Martin Red Bull Racing, with Daniel Ricciardo completing the highest lap tally and also setting the quickest time. His 165 laps of the Circuit de Catalunya was the highest of the day, pipping Charles Leclerc’s 160 laps for Alfa Romeo Sauber.

Ricciardo also set the pace for the day with a 1.18.047 lap that is now the unofficial track record of the Circuit de Barcelona-Catalunya – six-tenths faster than Kimi Raikkonen’s fastest time from last year.

The ‘grin reaper’ was a few tenths ahead of both Mercedes drivers, but reckons Lewis Hamilton and Valtteri Bottas may have been able to go faster if they’d also equipped the hypersoft tyres.

The Mercedes cars may have ‘only’ used the ultrasoft compound, but this pace must be giving Ricciardo some quiet consolation. Last year in pre-season testing, Ricciardo’s best time over the entire fortnight of testing was over a second slower than Kimi Raikkonen’s leading time, and half-a-second adrift of the Mercedes duo. In terms of relativity to the top two teams, Ricciardo’s lap today was very impressive.

Of course, we don’t know fuel loads or engine modes and this leaves any pre-season testing conclusions murky, but Ricciardo’s pace and also the reliability of the RB14 is promising and hints at a strong start to 2018.

With comments from rivals also suggesting that Red Bull has arrived with a strong package in 2018, could the RB14 really assist Ricciardo to a first home race victory? Or is it still just testing? It is, isn’t it? Damn. When the two weeks of predicting the running order are up and we finally arrive in Australia, Sauber will probably end up finishing 1-2, with a Haas driver completing the podium. 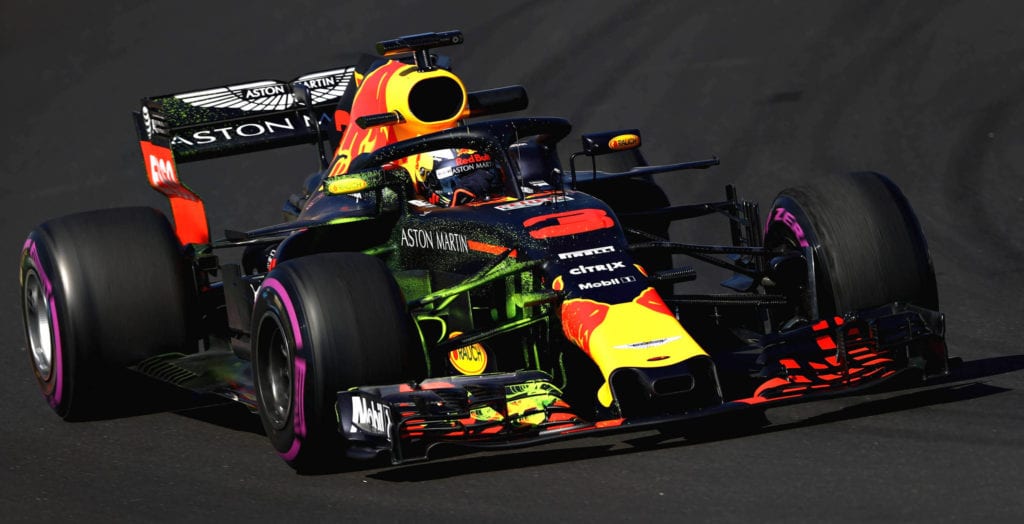