Ricciardo Thinks He Could Have Finished Sixth At Styrian GP

Oh Daniel, what’s going on, mate? After his move to McLaren, most thought Ricciardo would be able to quickly start matching Lando Norris’s pace. He is a seven-time race winner, after all. However, things just don’t seem to be clicking, and today he had his worst result since the 70th Anniversary Grand Prix at Silverstone last year.

There was so much promise, with a second-place finish after Friday’s FP2, but then qualifying was a mystery after being knocked out in Q2 again. Honey Badger mode was engaged at the start of today’s race before it all fell apart due to an issue with the car.

I think every F1 fan is desperate to see Danny Ric get some good luck and sharpish.

Chin up, @DanielRicciardo. 🧡 Next week is a chance to bounce back straight away.#StyrianGP 🇦🇹 pic.twitter.com/tsqbJu9wWe

Daniel started in 13th place, way behind his teammate, and said he would go for every gap available. The first lap was absolute proof of that, and we got some proper Danny Ric moves. Demolishing his way through the pack, Ricciardo went from 13th to eighth, which was excellent and was pressuring for even higher places.

But then he had a power issue. Gutted. His race was pretty much decided after that.

“Yeah, just such an unlucky race,” he explained to SkySports. “It was an awesome start, awesome first lap. Put ourselves in such a strong position ahead of a lot of quicker rivals and on the mediums, so we were sitting pretty.

“Then, all of a sudden, I lost power. So every position that I gained, I basically waved them all through. We were able to fix it on track. It was a control issue, so we were able to get it. But then it’s too late, and I’m back in the mess that I did well to get out of on the first lap. Then you’re in traffic. You’re in a train. Honestly, the race is over after that. It’s disheartening for sure, out of our control, so I don’t know.”

The DRS train went from Alonso in seventh all the way back to Ricciardo, and none of the drivers could overtake because it had made the DRS advantage meaningless. In the end, the drivers just sat there for the whole race.

“I look at the positions, and I was ahead of Sainz. I was ahead on the same strategy, and he finished sixth. I think we could have been sixth today. It’s not like ‘oh if this and that’ we simply just had that issue, and yeah was painful to see all the work done.”

Daniel did mirror Carlos Sainz’s strategy, both pitting 14 laps later than the cars they were fighting, but because he was so detached, he finished where he started, 13th.

“When you’re trying to fix it, and everyone is going past you…yeah. The weekend went from bad to worse.

Another day, another painful result for Daniel. There were hopes this triple header could make it better for him and McLaren, but he just looks to be stuck in no man’s land.

He even had to leave his interview before he ‘said anything bad’.

Chin up, Danny Ric. Your time will come. 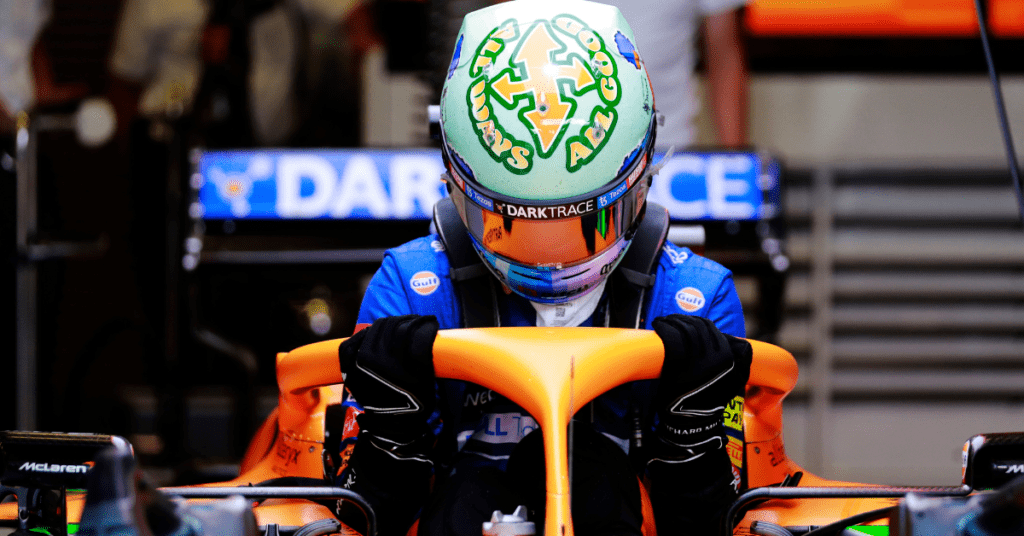