Ricciardo Thinks We Should Have A Melbourne Double-Header If Brazil GP Is Cancelled – WTF1
Skip to content
×
Calendar News , Formula 1
3 comments

With Coronavirus still posing a serious threat to certain races on the 2021 F1 calendar, McLaren’s Daniel Ricciardo has a totally unbiased idea if the Brazilian Grand Prix can’t go ahead. How about back-to-back races around his home race at the newly modified Albert Park?

Now, the Australian Grand Prix is usually the first race on the F1 calendar. Often held in March, the race draws huge crowds and is a great way to kick off the season. As a result of COVID-19, and the time and resources needed to transform Albert Park into a street circuit, the decision was made to postpone the race until November.

The new date for Australia is Nov 21, with Saudi Arabia and the season finale in Abu Dhabi scheduled to take place afterwards. Two weeks before we’re due to race in Melbourne, F1 is due to visit Interlagos for the Brazilian Grand Prix.

“I’m aware Brazil currently is not in a good place with COVID,” Ricciardo said in an interview with EFTM. “I think if we were scheduled to go there this weekend, then I’m pretty convinced it would be up in the air. I don’t think we would be all in.

“I think for now they’re kind of on the hope that by then things settle down, but if it’s still as it is, then that race could potentially be obviously in question.

“I know F1 are obviously keen on 23 races this year. A bit like last year, I’m sure there are maybe some circuits that could fill some gaps if some are lost. So we’ll see. Maybe a double-header in Australia.”

Danny Ric jokes, but this wouldn’t be the first time we’ve seen a double-header event created for the F1 circus. Only last year, we had two races in Austria at the start of the season, and of course, the famous Bahrain and Sakhir’ Outer’ circuits, which provided fans with some intense racing action.

“Reverse. Go the opposite way. Clockwise and anti-clockwise,” Ricciardo added when asked how to spice up two races around the Melbourne street circuit.

“I would love, especially if there is any form of quarantine when we get to [Australia], to do a double-header to make the time worthwhile.”

We love the Honey Badger’s optimism, and with new improvements being made to the Albert Park layout to improve overtaking and reducing lap times, it would be cool to see a double-header at the venue.

What do you think about Ricciardo’s idea if the Brazilan Grand Prix can’t go ahead? 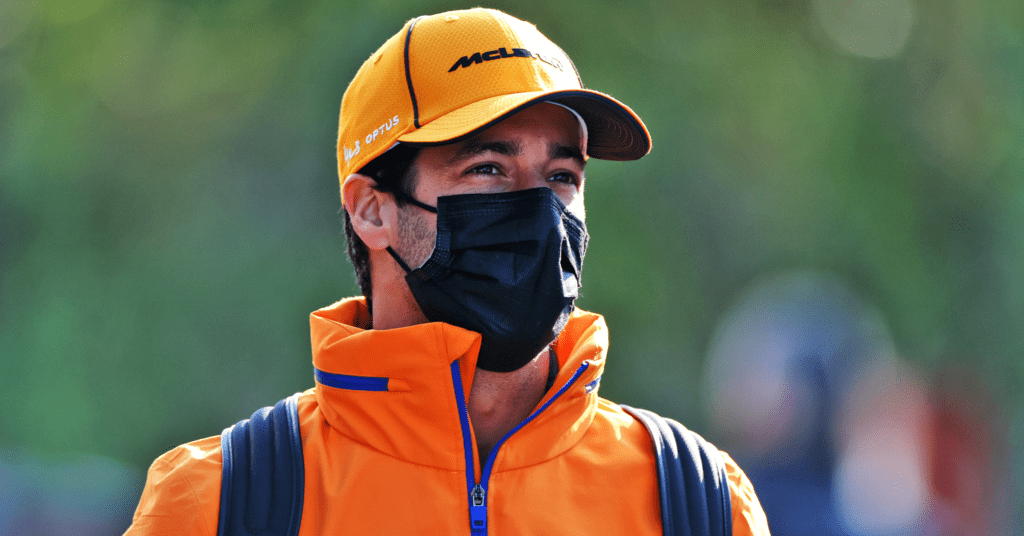