Ricciardo Warns Fans That He And Lando Won’t Be Like A TV Special – WTF1
Skip to content
×
Formula 1 , News
6 comments

We’re all super excited to see how Daniel Ricciardo and Lando Norris get on at McLaren together. The new teammate pairing is one of the strongest in 2021, and sees two of the most-loved drivers at the same team. However, speaking to HYPEBEAST, Ricciardo revealed that fans shouldn’t expect just fun and games from the duo this season.

With Norris and Carlos Sainz Jr having the best teammate bromance, before Sainz made the jump to Ferrari, many hope this kind of relationship continues with Danny Ric and Lando for 2021 and beyond.

The two drivers are known for being jokers, with one well-known example being when Ricciardo made Norris cry with laughter in an official press conference.

“I think there definitely will be a good competitive rivalry,” the Honey Badger told HYPEBEAST before the new season gets underway.

When even the masks can’t hide their smiles! 😁

“There’s certainly some similarities between us.

“We love our jobs, and I guess we’re not afraid to show it, and I think that’s strong and important, but for the fans — particularly of McLaren — if I can make people laugh and enjoy watching me that’s all well and good, but first and foremost I want to be here to get the results and I want to try push this team to the next step.

“I think that was really my desire but also kind of the messaging as well: I’m certainly not joining the team to be this TV special, myself and Lando. I think we will have a really good time doing what we do, but let’s put the work first and if things are going well, we’ll enjoy it and it’ll be a win-win.”

As well as a change of teams, there is also a change of power unit for Ricciardo to get used to.

“I’ve never actually driven with a Mercedes engine, so it’s another new experience for me. I’ll again try to absorb as much as I can through this and learn from them, and try and help myself and the team achieve more success, drink more champagne and all the good stuff.

“But for McLaren fans, they’re so excited right now. You can see the engagement the team has been getting, and I’d like to think that maybe some of it is because of me, but just where the team is at the moment, everyone is pretty excited!”

You can read the full interview here.

How do you think McLaren will get on this season? Let us know in the comments below. 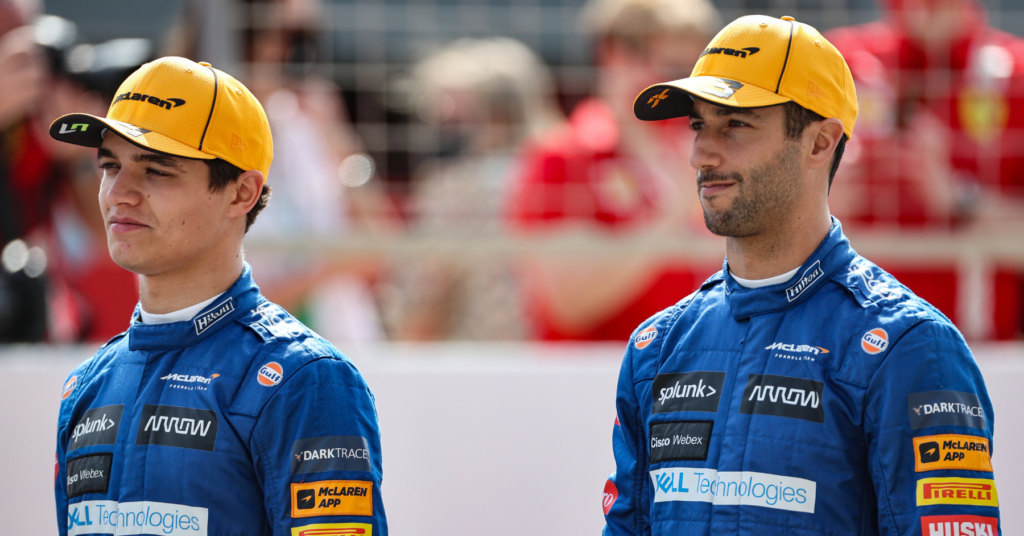