Ricciardo Will Take A Tactical Grid Penalty At Monza

Red Bull Racing’s Daniel Ricciardo will take a new Renault power unit for this weekend’s Italian Grand Prix, with the subsequent penalties set to put him somewhere near the back of the grid.

The incoming power unit will be the first ‘Spec C’ upgrade fitted to a Renault-powered car – including the works team. Team principal Christian Horner explained the decision:

“Daniel is going to be taking an engine penalty for sure. Max will be taking his third unit as well there, hopefully without penalty. So we’re going to try and get ourselves into the best situation we can going to Singapore, which is probably our next chance of being able to give Ferrari and Mercedes a harder time.”

In recent years it hasn’t been unusual to see teams taking tactical engine penalties at Monza. In Ricciardo’s case it hopefully means that he will avoid the same scenario at the following Singapore Grand Prix. This is happening because the streets of Singapore are expected to be much kinder to the RB14 than the full-throttle straights of Monza – on paper, anyway.

Red Bull’s now-distanced rivals brought their own power unit upgrades to the Belgian Grand Prix last weekend. The progress of the Ferrari unit against the development of the Mercedes equivalent was the big talking point of the weekend, and led Mercedes to concede possession of the best unit in F1 to Ferrari.

Max Verstappen’s third-place finish last weekend was personal redemption for a few disappointments at Spa in recent years, but the Red Bull still finished half-a-minute adrift of Vettel. Singapore is one of the few remaining races where you might expect Red Bull to be somewhere in the fight for victory – will the tactic pay off? 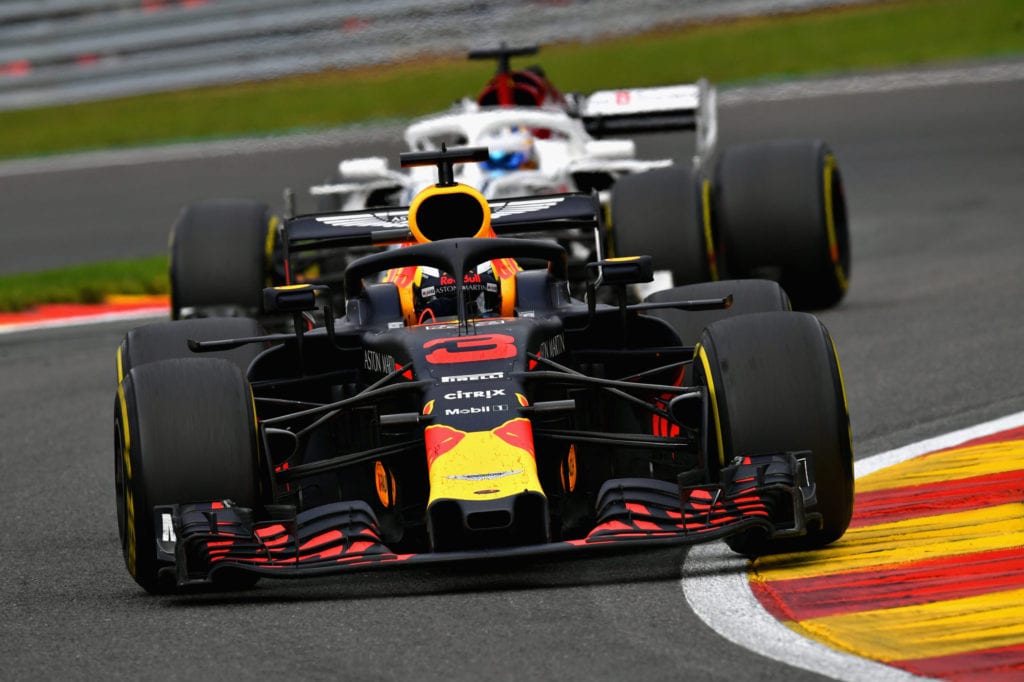