Ricciardo’s Getting A Five-Place Gearbox Change Penalty Too

Red Bull’s Daniel Ricciardo will drop five places on the grid for the British GP at Silverstone due to a gearbox change.

Because the unit hasn’t lasted the mandatory six races, he is set to fall five spots on the grid for Sunday’s main event – which could drop him out of the top 10.

He finished fourth and sixth in FP1 and FP2 respectively, and if he qualifies somewhere similar, will likely drop to the very bottom of the top 10.

Ricciardo is set to join Valtteri Bottas in taking a grid demotion, after the Mercedes driver was awarded a penalty for the same issue. 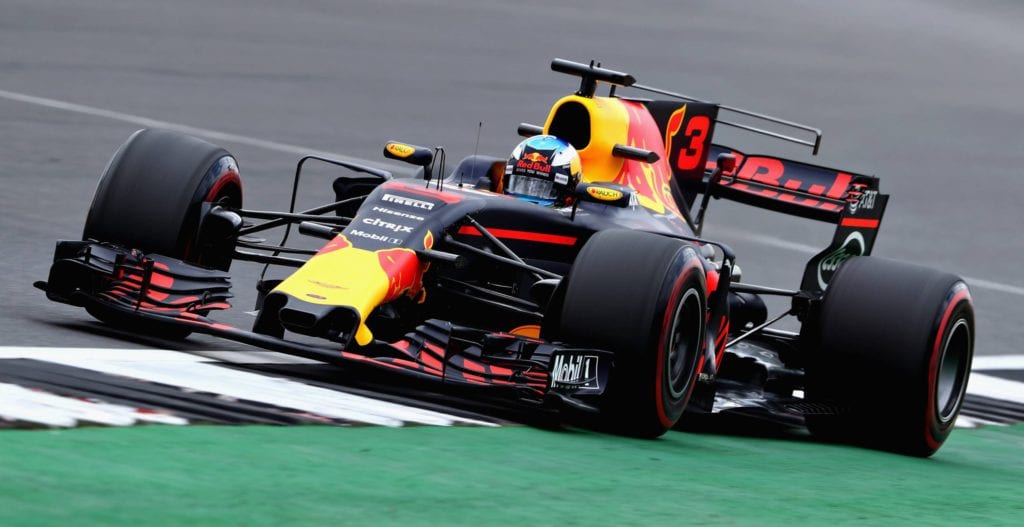