Ricciardo’s Keeping His Options Open For 2019 Despite Winning In China – WTF1
Skip to content
×
Formula 1 , News

Danny-Ric is the hottest property on the driver market for next year and his clinical victory in the Chinese Grand Prix is only going to make the likes of Mercedes and Ferrari want him even more.

But although Ricciardo was thrilled with both the quick-thinking of his team to give him a winning strategy and the effort made to simply get him into qualifying, he said it’s going to take more than the odd strong result to get him to stay. He told Australia’s Channel 10:

“Obviously the win helps but if we were finishing sixth every race this year, then that’s not the most attractive option to me.

“I want to be with the best car; I think the weekend proved if I got the opportunity I can pull it off. If we can win a few more now with Red Bull, that looks very attractive. If not, there’s probably other options.”

Unsurprisingly, Christian Horner is pretty keen to keep the Aussie where he is and hopes that providing a decent car will go some way towards convincing him to stay.

“I think Daniel’s happy in this environment. If we can provide a car like we did today why would he want to be anywhere else?

“He’s absolutely at the top of his game and he has been for the last couple of years really. He’s got that balance of experience and pace. He’s one of the best overtakers in the business. And his judgement is impeccable in terms of judging a gap, getting the car stopped and getting it rotated.”

Looking at the more immediate future, Ricciardo has said that it’s still a bit too early to think about a potential championship challenge. But even if that does end up being the case, will he still want to stay at Red Bull?

The team may be off to a decent start this year, but there could be trouble ahead with the whole engine situation. It’s no secret that Red Bull isn’t happy with Renault (and hasn’t been for years) and with Honda the only realistic alternative until 2021, is that a future Ricciardo wants to tie himself to?

Of course, Mercedes and Ferrari will have their challenges, too. At Ferrari, he could end up having to play the team orders game (though he’s beaten Sebastian Vettel before…) and at Mercedes, he’d have Lewis Hamilton as a teammate. Where would you like to see Ricciardo next year? Let us know in the comments. 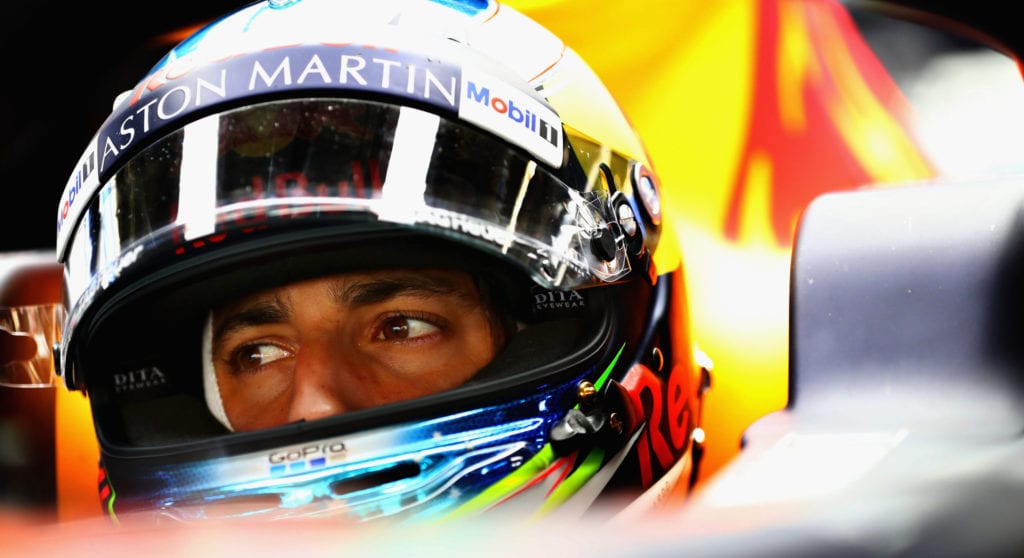