William Storey, the founder of Rich Energy, has claimed on his social media that the energy drink company will be returning to F1 in what he has called “the greatest comeback since Lazarus.” He has not hinted at whether Rich Energy will be another title sponsor for a team or a personal sponsor for a driver, but just that the name will be back in F1.

Rich Energy is not an unfamiliar name in F1.

In 2018, the energy drinks company announced they were to become a title sponsor for Haas the following year. However, the partnership ended prematurely after an unsuccessful start to their 2019 campaign for the racing team.

“Today [10th July] Rich Energy terminated our contract with the Haas Formula One team for poor performance,” the statement read on Twitter.

“We aim to beat Red Bull Racing and to be behind Williams Racing in Austria is unacceptable. The politics and PC attitude in Formula One is also inhibiting our business. We wish the team well.”

In addition to Rich Energy’s high expectations and bizarre social media strategy, there was also the fact that the drink itself was a mystery. Despite the Haas motorhomes overflowing with the stuff, most normal folk had never tasted or even heard of it before they announced their Haas title sponsorship.

It’s also understood that the company had initially intended to get a sponsorship deal with Williams before they joined Haas. It’s not known if Williams turned them down or Rich Energy decided to go elsewhere.

Nevertheless, with Williams in need of a cash injection and Rich Energy being a proud British business, it could be that a collaboration between the two is what Storey is illuding to in his latest Twitter post.

Rich Energy also tried to buy Force India for a cool £100 million when the team went into administration in 2018. Storey suggested that the deal had been done, but it was quickly shut down by Racing Point.

The company is also no stranger to a lawsuit.

Red Bull took issue with Rich Energy using the slogan “forget the wings; Rich Energy gives you horns.” Additionally, Rich Energy found themselves in court for a trademark dispute against The Whyte Bikes’ logo. That’s a lot of money being thrown at legal disputes and sponsorship deals, especially seeing as you couldn’t seem to buy the energy drink anywhere until they recently started selling it on their website.

OK, William. We’ll believe it when we see it…

Do you think Rich Energy will be back in F1? Let us know in the comments below. 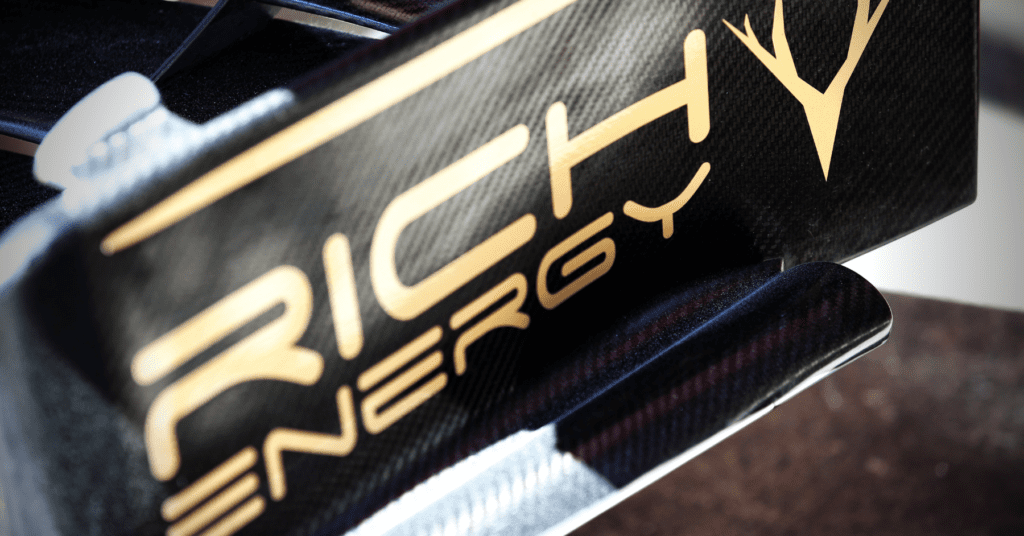