Rich Energy has also been informed that it can no longer use the stag logo in the United Kingdom after 18 July; a real shame for the four cans that used to be on sale in select Richmond train stations. But, another victory for ATB Sales Ltd and its brand Whyte Bikes, who successfully claimed that the logo was a clear breach of copyright laws and won the Twitter war between the two parties. The stag has been absent from the Haas car from the Canadian Grand Prix on, reportedly at the wishes of Rich Energy.

It is also understood that Rich wished to file an appeal at the Court of Appeal, but had its request rejected. However, if Rich wants to directly ask the Court of Appeal if it can…appeal, they have three weeks to do so. And, as added pressure, by the start of next month Rich has to:

Before that date arrives, the defending parties must cover ATB Sales’ costs in the region of £35,000. In true Billy Mays fashion: “But wait, I’m not done yet!”

A further investigation could be launched over the profits made while transgressing copyright law. Rich and its owner, William Storey, have to declare their “total UK and global” unit sales from cans – or any other products – that displayed the stag logo and the cash those sales brought. The logo’s ‘designer’, Saxtoweb Limited, is also under fire.

“An estimate of the proportion of the £50,000 paid to the Third Defendant [Staxoweb Limited] to produce, inter alia, a logo for the First Defendant [Rich Energy] which is attributable to the work of designing of a logo as part of that commission, and an explanation of how that estimate was reached.”

In addition to this, the details between Rich and the Haas team over title sponsorship must be made available. Haas has refrained from commenting on the issue, but it only adds to a difficult year for the American team. At least it’s not down to the 2019 tyres… 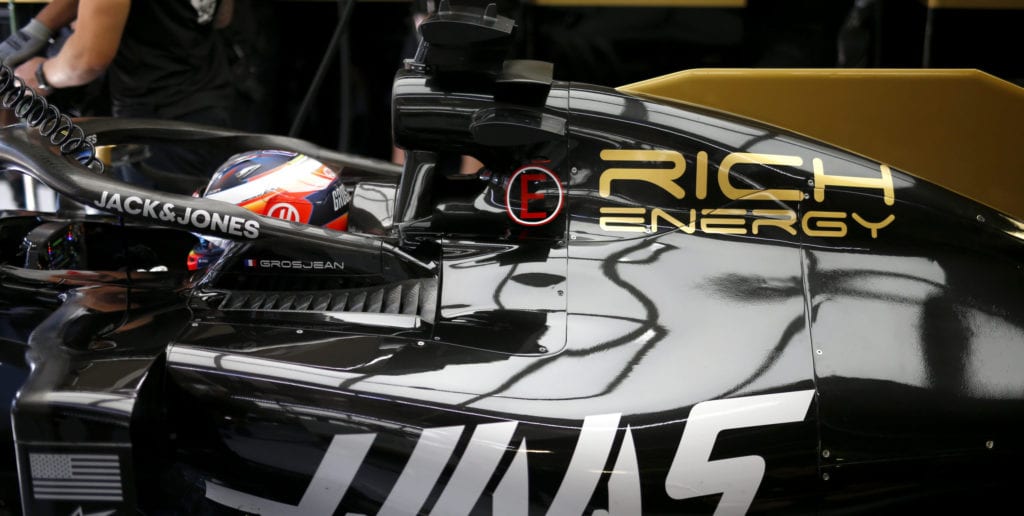