Ride With Hamilton During His First Test On A MotoGP Bike – WTF1
Skip to content
×
Formula 1 , MotoGP , Onboards

Ride With Hamilton During His First Test On A MotoGP Bike

A massive bike fan, Hamilton has been keen to sample the two-wheeled equivalent of an F1 car for a while, having had a go on a World Superbike last year (where he fell off). There was no such drama this time around, however, as he completed a number of sessions on the M1, with some expert tutelage from Rossi.

OK, so he’s not quite achieving the same lean angles as the pros but you have to say, he looks very much at home on a bike!

Rossi was full of praise for Hamilton’s efforts, at which point he jumped into the 2017 W08 and went for a few laps. He wasn’t exactly holding back, either…

…Then again, why would he? He’s already done plenty of laps in F1 cars and although things are a littler different to the Ferraris he drove in the mid-2000s, every bit of experience counts.

Plus, when you’re as skilled as Hamilton and Rossi are in their own disciplines, when you get a chance to try out something similar, you give it plenty! 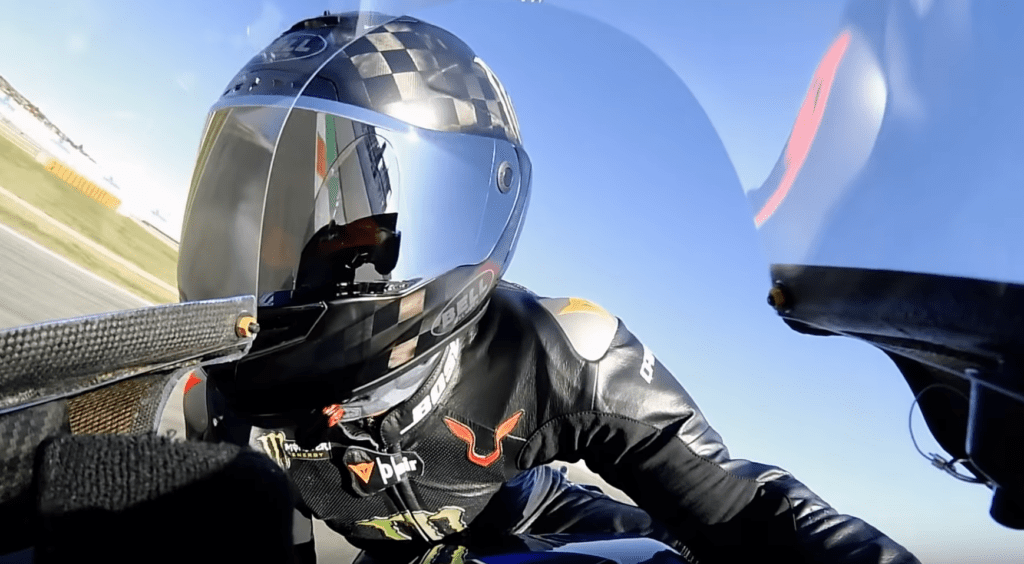