Rider Gets Launched Into The Air In Bizarre Moto3 Crash – WTF1
Skip to content
×
Crash , MotoGP

Rider Gets Launched Into The Air In Bizarre Moto3 Crash

Moto3 racer Livio Loi was spectacularly flung skywards during a practice session for the San Marino Grand Prix at Misano.

Gabriel Rodrigo lost control of his bike heading into the final corner of the circuit but Loi had no time to react, hitting his rival’s bike and launching him into the air.

Unbelievably Loi got up on his feet after the crash but MotoGP later confirmed that he’d broken his collarbone. 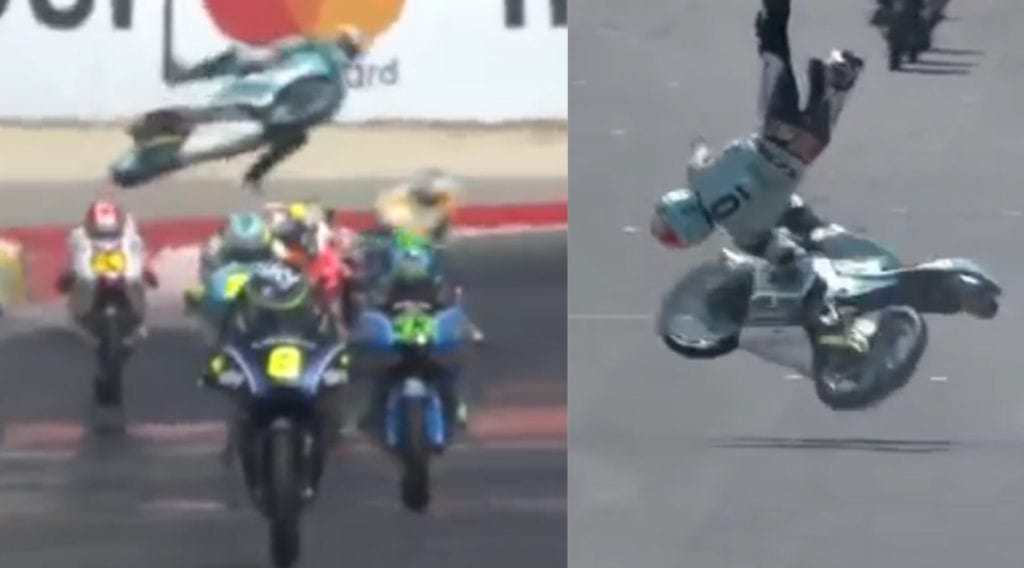