Romain Grosjean Is Back Behind The Wheel Of A Race Car For IndyCar Test – WTF1
Skip to content
×
Formula 1 , Indycar , News

When Romain Grosjean announced his return to racing with IndyCar for 2021, everyone was excited but nervous for the F1 star. He might be mightily experienced, with 180 F1 starts to his name, but we feared his racing career had come to an abrupt end after his horror Bahrain Grand Prix crash last year.

Fortunately for us, Ro-Gro is made of strong stuff and is now back behind the wheel of a single-seater race car since his accident. Absolute legend!

“I just need to get used to a new car,” Grosjean told indycar.com after his first day of testing at Barber Motorsports Park.

“It felt very normal. It’s a different car, a different position, but apart from that, everything felt great and normal. It reminds me of when I was jumping from Formula Renault to Formula 3 and GP2. So far, I’ve been really happy with it.”

“After the first run my biceps started hurting a bit,” he joked.

Grosjean made a small error whilst testing this morning and ended up beaching his car in a gravel trap, but was quick to get back and testing again – all with his amazing helmet that his family designed for him on what should have been his final F1 race in Abu Dhabi.

“I made a mistake this morning, and I spun at Turn 1. I was stuck in the gravel. The track has consequences, and you need to stay within the limits, which I always quite enjoy.”

“When I came [to the track] yesterday, I was quite surprised to see that the cars are being set up here, and there’s no closed garage or tents. I really like it.”

We’re so pleased Romain is back and confident as ever! 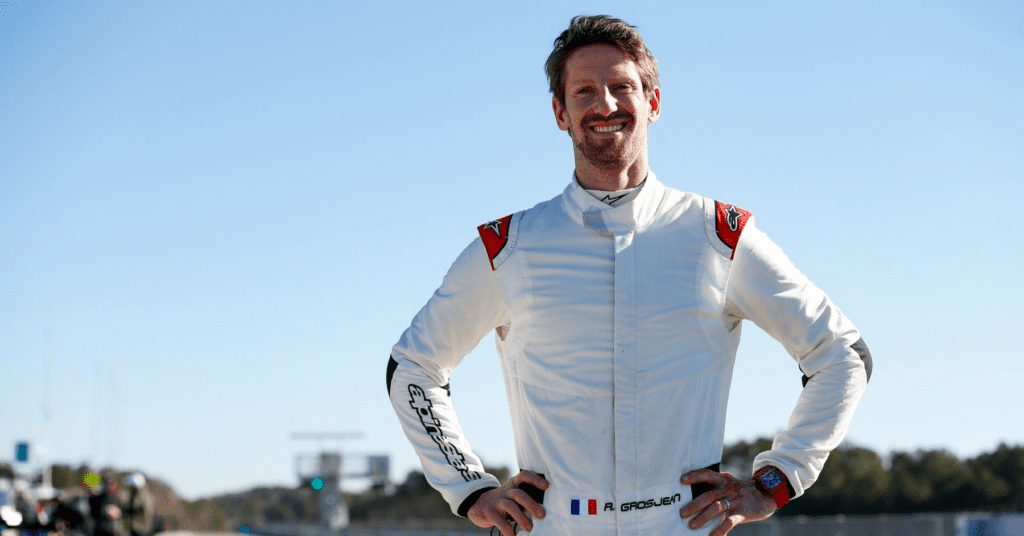