Rob Smedley Is Leaving Williams At The End Of This Year – WTF1
Skip to content
×
Formula 1 , News

Rob Smedley Is Leaving Williams At The End Of This Year

As team personnel go, few are as legendary as Rob Smedley. For years, his broad Middlesborough accent went hand-in-hand with the highs and lows of Felipe Massa’s career as he proved to be more than just a race engineer to the Brazilian and almost more like a mentor. Their bromance rapidly developed and ensured that whenever the ‘Felipe Massa: Team Radio’ graphic popped up on screen, you knew it’d be good.

When Massa moved to Williams in 2014, Smedley followed him to become the team’s head of performance engineering. Now, five years later and a year after Massa finally left F1, Smedley too is moving on. He said:

“I have thoroughly enjoyed my time at Williams. The team has been through great change since I joined in 2014 and it has been a pleasure to have played a part in that. Williams is a very special team within the F1 community and I’m certain that with all the talent that we have here they will go on and do better things.

“The team will always remain close to my heart. After 20 years in Formula 1, however, I feel it’s the right time to reflect on things and evaluate what the next move is. I’m thoroughly looking forward to spending more time with my family before deciding on future opportunities.”

It’s another tough break for Williams, which has already lost chief designer Ed Wood and head of aero Dirk de Beer in what has been an utterly dreadful season for the team.

Smedley’s career in F1 began with Jordan in 2001 before moving onto Ferrari in 2004 and being promoted to become Massa’s race engineer mid-way through the 2006 season. He had a less hands-on relationship with Felipe in his new Williams role, but when Massa retired Rob said that not having him around would be “a strange feeling”.

There’s no announcement yet as to what his next move is, or when he’ll return to working in the sport – if at all. But Massa is racing in Formula E now – I wonder if he’s got anyone to bring him his white visor… 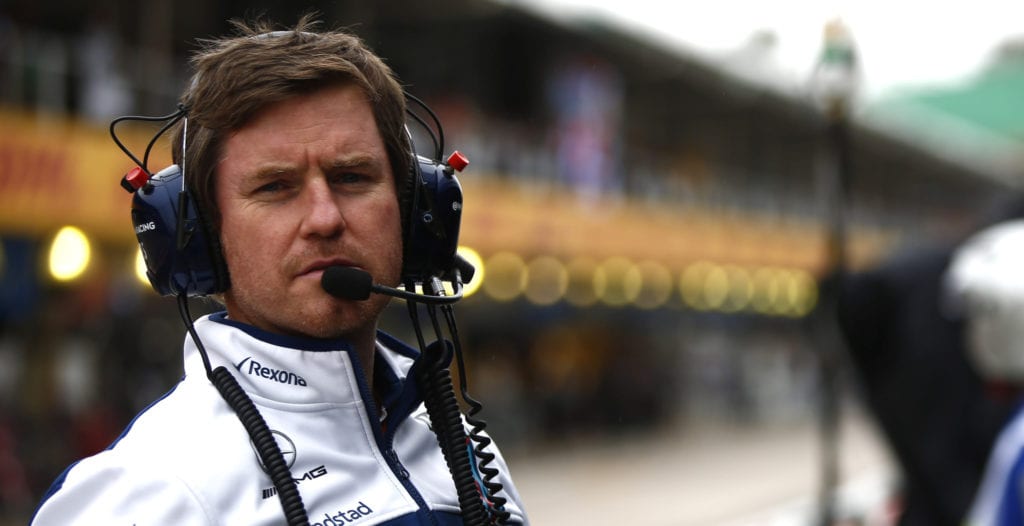