Kubica hasn’t been behind the wheel of a F1 car for some time, but on Tuesday he made a return during a private test at the Valencia circuit.

It was the same track he topped the timesheets at during pre-season testing for Lotus in February 2011, just four days before his awful rally crash.

The injuries to his right hand and arm were so severe, they cut short his time in F1. Thankfully, though, he was able to get back behind the wheel of a race car.

First, he spent time in the World Rally Championship, before recently making tentative steps back into circuit racing in GTs and sportscars.

He was all set to race for ByKolles in the FIA World Endurance Championship this year but pulled out before the first round.

Since then, he’s completed GP3, Formula E and LMP2 tests, but has taken that further with a private test in a 2012 F1 car.

The Lotus E20 is a Renault show car and features the team’s branding, having previously been driven by some of its test and junior drivers.

Renault has now shared pictures and a short video of Kubica in action at the Valencia track, his first time driving an F1 car in over six years.

It was a landmark moment for Kubica after what’s clearly been a tough time since his terrible rally crash, but – according to Renault – he had a brilliant time.

That’s not particularly surprising though, is it. Not only did the Polish driver return to F1 machinery but he managed 115 laps in total, which is pretty impressive.

Renault said during a series of posts on social media he “complained about grip, understeer, downforce and had the biggest smile” afterwards.

Whether this is the start of something within the single-seater world or not, we’re not sure. But it’s really awesome, nonetheless. 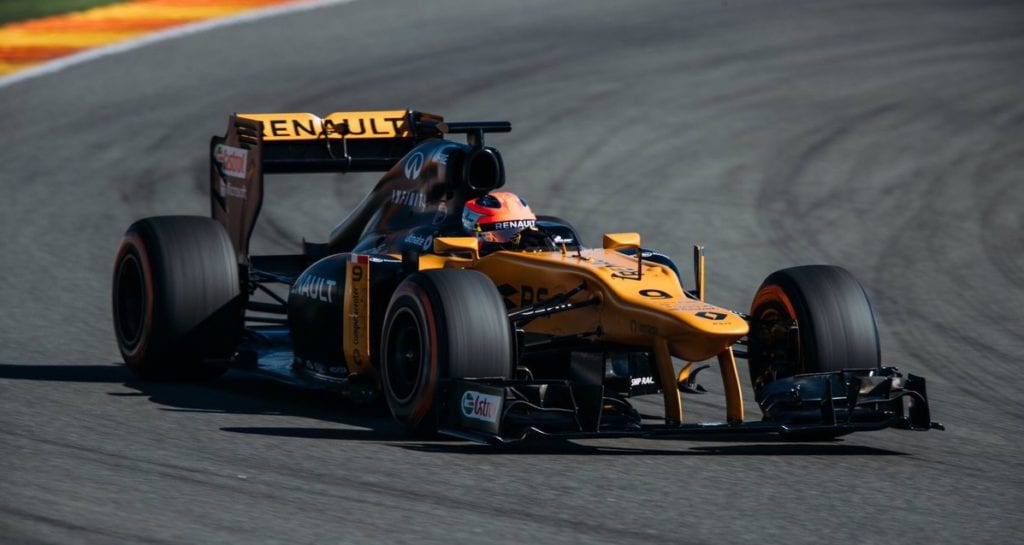