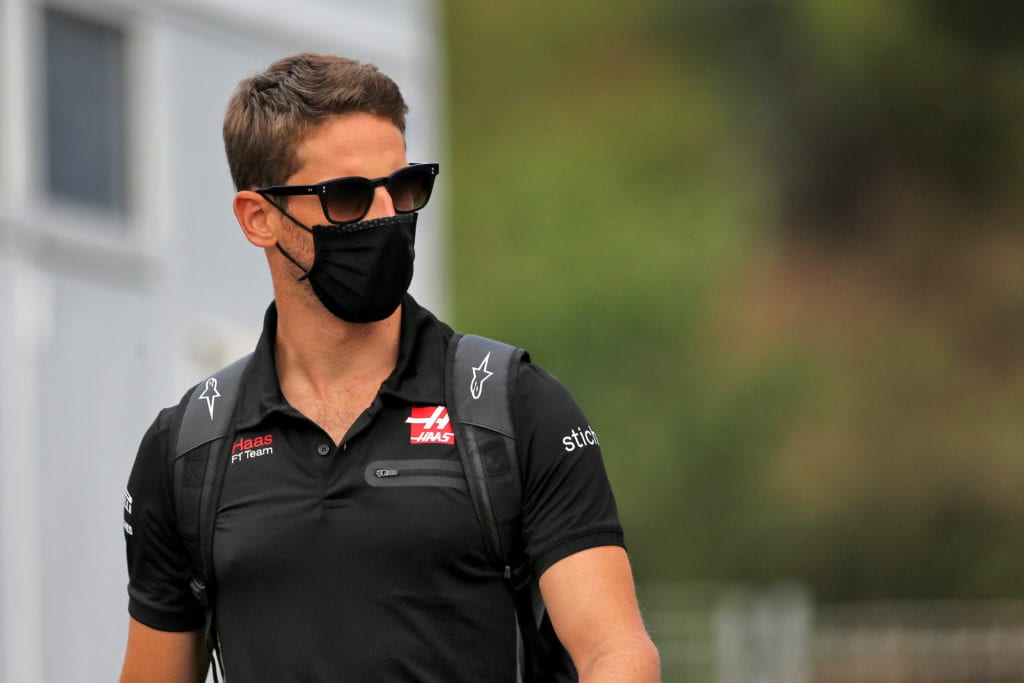 Romain Grosjean has announced his departure from Haas F1 Team, five years after first joining the team stating that “the book is finished”.

“We went through highs and lows, scored 110 points in 92 races, but the journey was worth it. I’ve learned a lot, improved to be a better driver as well as a better man,” Grosjean said in a statement on his Facebook page.

“I hope I’ve also helped people in the team to improve themself. This is probably my biggest pride, more than any of the crazy first races in 2016 or the P4 at the Austrian GP 2018.

“I wish the team all the best for the future.” 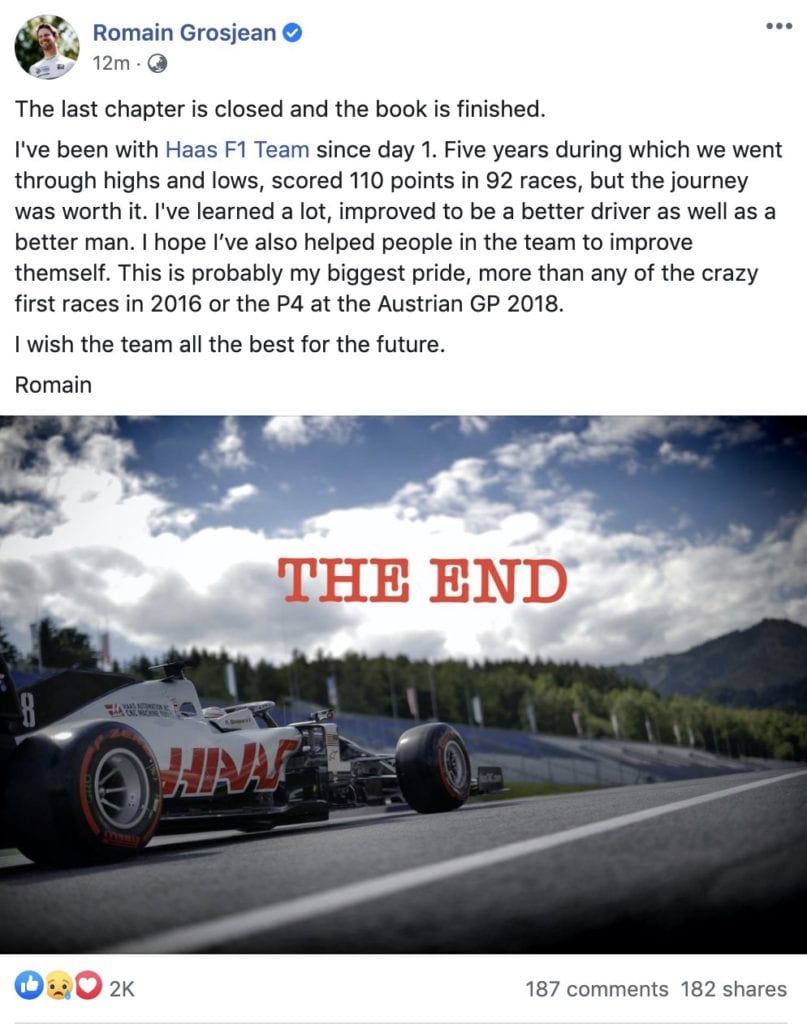 The dramatic Facebook post, which was the ultimate-dad move by Grosjean, seemed to catch many people off-guard as the driver made no other posts or statements on social media.

When Haas joined F1 in 2016, many labelled them as one of the most promising new entries into the sport.

Kevin Magnussen also announced he is leaving the team too.

“Romain was a fundamental part of our establishment as we sought to get a driver onboard with both speed and experience,” Guenther Steiner, Team Principal of Haas F1 Team, said in a statement.

“His results in early 2016 were a just reward, not only for his own talent, but also for the sheer amount of effort the team had put in to be on the grid that season.”

“When Kevin joined a season later, we saw an immediate return with both cars scoring points, and of course, our first double points finish in Monaco that year. We have a lot of good memories together – in particular our 2018 season when we finished fifth in the standings in only our third season. Romain and Kevin played a significant part in that success.

“Of course, there is still plenty of racing left in the 2020 season. It’s been a challenging year, no doubt about that, but both drivers have given their all behind the wheel of the VF-20. We value their inputs and experience to keep pushing the team forward through to the Abu Dhabi Grand Prix in December.” 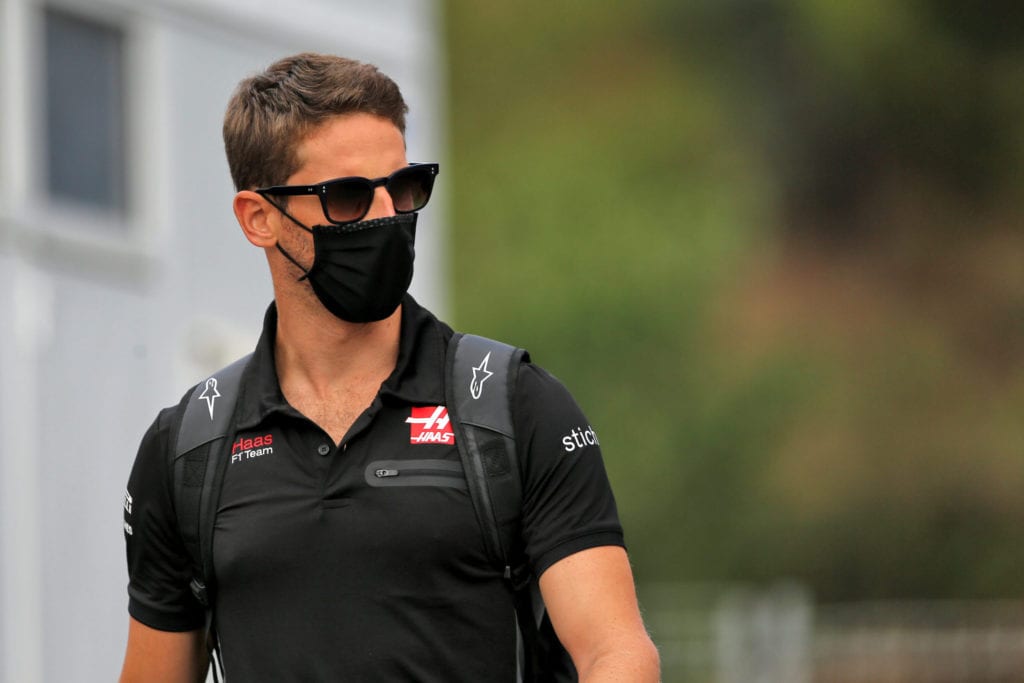