Romain Grosjean Tried To Quit Racing And Become A Chef

As F1 driver side hobbies go, Grosjean’s is fairly wholesome: he loves cooking, So much so, in fact, that he and his wife Marion have actually released a cookbook together.

So far there’s just the one cookbook but if things had gone a little differently in his life, we might have had a few more by now.

Grosjean made his F1 debut with Renault in 2009 when he replaced Nelson Piquet Jr. It was a difficult few races but he was still hoping to stay with the team into 2010. When he found out the team had signed Vitaly Petrov instead, he made the decision there and then to switch careers. Writing for The Players Tribune, he said:

“When I got off the phone with Éric [Boullier, after being dropped], F1 for me was no longer all… it was just nothing. And if I didn’t have a ride in F1, then where did I go next? I was a bit more of a dreamer, back then than I am now. But I believed in myself. And I believed in myself so much that I thought that I was going to be able to change careers that day.

“At around 5pm, a few hours after I got off the phone with Éric, I caught a train from Geneva to Paris. The high-speed one. I was in a rush. I called my girlfriend, now my wife, to let her know that I was coming to visit her. And that I had some news about my career. I was going to be a chef. Yes, a chef.

“I grew up loving food. I watched my mom cook great meals in our family home. I can still remember the smells of the cheeses in our kitchen, the tastes of the chocolate for dessert. And also, chocolate is my religion. Put that on a T-shirt.”

This wasn’t just one of those things where you say you’re going to do something in the heat of the moment and then reassess once things have calmed down. Oh no. Grosjean actually took steps to make his new career choice happen, as he explained:

“I always loved cooking, and I knew a thing or two about fine dining, so, yeah, Romain the chef. That’ll do. Would you eat at my restaurant?

“Unfortunately, or perhaps fortunately, it never got to that point. I did actually go to cooking school in Paris. Like I physically went to the building. But they didn’t even let me sign up. Can you believe that? I was told I was too old. Too old! I was 24! So that was that. No cooking. All or nothing. And I was back to nothing. So I lived in Paris for three months. Eating food. Wishing I could cook it.

“After a while I knew there was no choice for me but to return [to racing]. It still stung that I wasn’t in F1, or that I had to re-climb my way up a bit, but those three months sort of lit a fire in me.

It worked. In 2010 he won races in the GT1 World Championship and also won the Auto GP title, despite missing the first four races of the season. In 2011 he won the GP2 title and got that rarest of things – a seat with Lotus and a second chance at being an F1 driver.

The seven seasons since haven’t always been plain sailing but on his day, you get the sense that he could easily win races given anything like the right equipment. He seems settled at Haas and at 32-years-old, there’s still plenty of time for both to flourish. And when his F1 career does come to an end, maybe he can revisit the whole restaurant thing. He’ll have some great names for some of his dishes too – we’ll take the ‘Ericsson Hit Meatloaf’ followed by a ‘First Lap Nut Roast’, please! 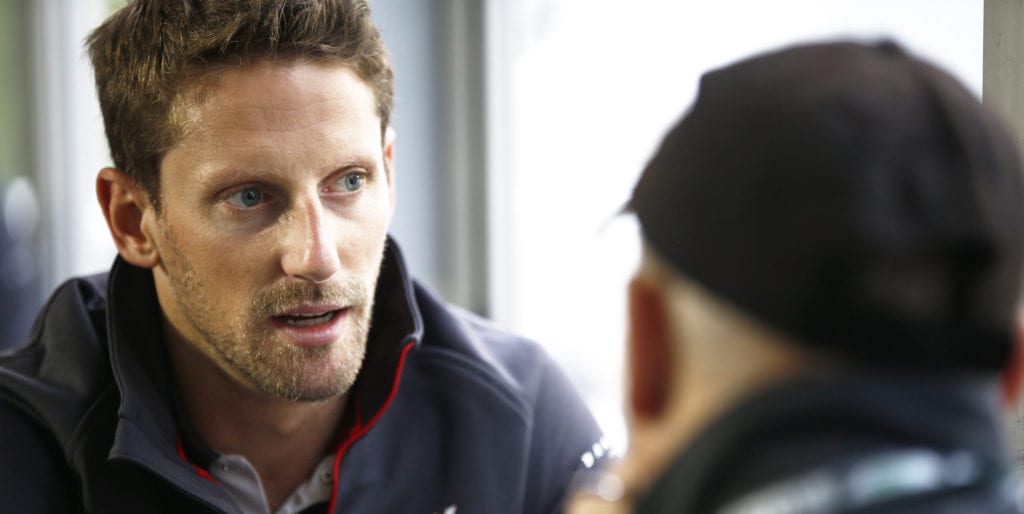