Ron Dennis stepped down from his position as the chairman and chief executive of the McLaren Technology Group at the end of last year, though he remained a member of the board.

Now he’s sold off his shares and given up his position as director of both the MTG and McLaren Automotive, bringing a complete end to his association with McLaren after 37 years.

Both the MTG and McLaren Automotive will now be part of the newly formed McLaren Group. Although Dennis hasn’t had a whole lot of involvement in things since he stepped down last November, this definitively marks the end of an era for the company. Dennis said:

“I am very pleased to have reached agreement with my fellow McLaren shareholders. It represents a fitting end to my time at McLaren, and will enable me to focus on my other interests. I have always said that my 37 years at Woking should be considered as a chapter in the McLaren book, and I wish McLaren every success as it takes the story forward.

“Perhaps my greatest satisfaction is the Formula 1 teams outstanding racing safety record, which is a tribute to the dedication and efforts of hundreds if not thousands of talented and conscientious employees whom I have had the privilege of leading.”

The new chief executive of the McLaren Group, Shaikh Mohammed bin Essa Al Khalifa, spoke highly of Dennis and his achievements. He said:

“As soon as he had taken over the running of the team in the late autumn of 1980, it was immediately clear that here was a man whose ambition to surpass the achievements of all previous Formula 1 team principals would not be checked.

“There will be time in the near future to outline our plans, for the coming months and years will be an extremely exciting time in the story of McLaren. But now, today, it is appropriate that we pause to express our gratitude to Ron. So, on behalf of McLaren and all who sail in her, may I say three heartfelt words: thank you Ron.” 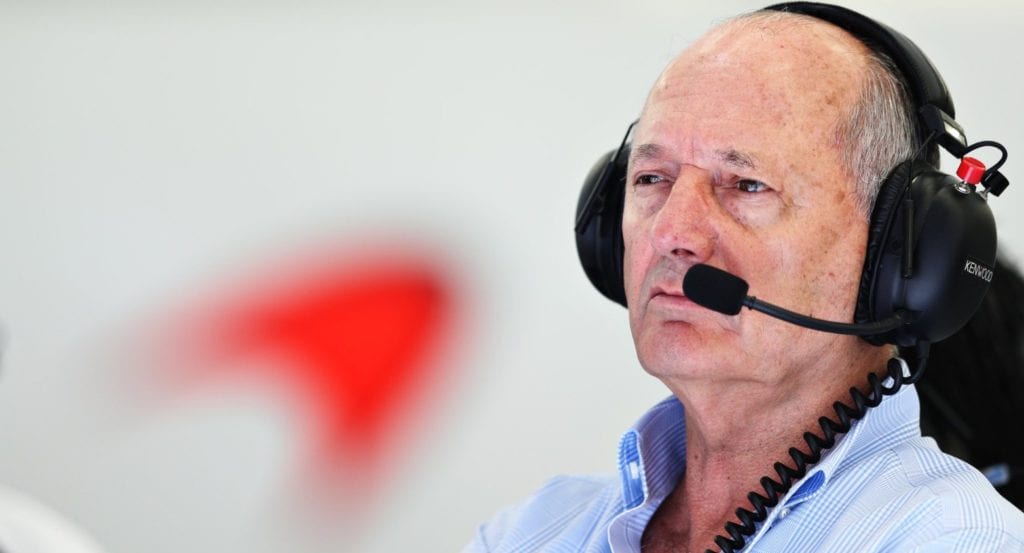