Nico Rosberg shocked the motorsport community when he announced his retirement from F1, just days after clinching the 2016 Formula 1 World Championship. One year on from that iconic announcement, Rosberg has attended his first Formula E race at the Hong Kong ePrix.

With Mercedes coming into Formula E as a manufacturer from Season 6, Rosberg could find himself working with the team on their entry into Formula E.

“I’m open to explore so let’s see what the possibilities are, but I’m definitely interested,” Rosberg said at the Hong Kong ePrix on Saturday.

With Hong Kong kicking off Season 4 of the Formula E Championship, Rosberg took the time to look around and catch up with his friends that drive in the championship like Venturi driver Maro Engel.

“This is my first time at a Formula E event and I am very happy to be here – what an event to come to! I am looking forward to experiencing everything, there are so many people I know here. I think I know almost everybody from all the past years, I have raced against most of the drivers here.

“Formula 1 can learn from Formula E and vis versa. Formula E is trailblazing in many ways and that is great to follow and great to watch. Going new ways, doing new stuff and not just copying.

“Competitiveness is massive in Formula E and there is so much about the technology and the drivers and all the teams and manufacturers are really pushing their technology forward.”

Rosberg was representing fashion brand Hugo Boss whilst at the Hong Kong ePrix. The world famous fashion line has recently ditched its ties with Formula 1 in favour of Formula E. 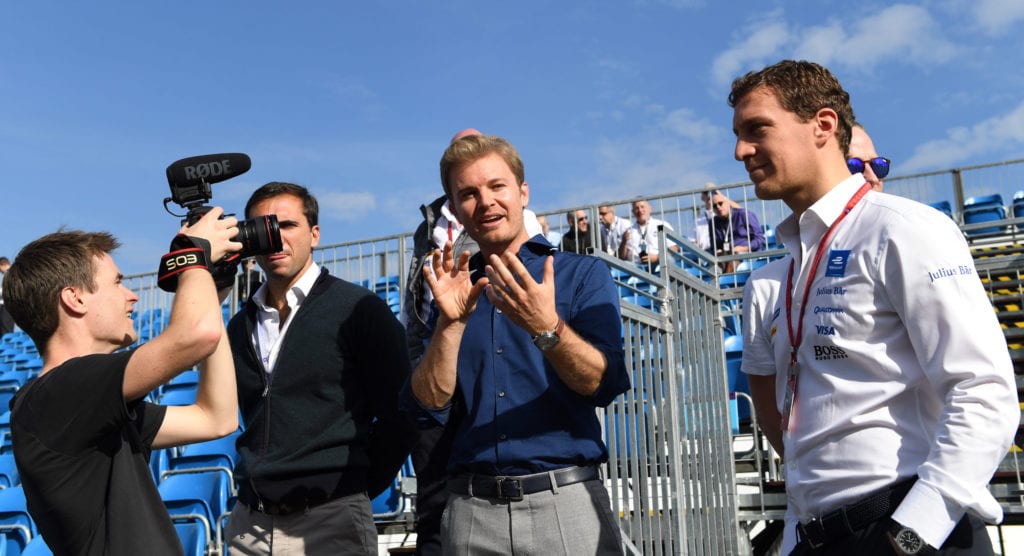