Rosenqvist: F1 Teams Should Look For Drivers In Formula E

In four short years, Formula E has managed to establish itself as one of the top single-seater series in the world, attracting top drivers, teams, and manufacturers. Sure, the cars might be quite a bit slower than F1 cars and the championship is totally different in concept (and also brilliant in its own right), but Mahindra’s Felix Rosenqvist thinks the skills required would make it an ideal place for F1 teams to source drivers from. He told WTF1:

“I’m quite surprised that F1 isn’t looking more at that market, because I think in terms of driver skill, and also what the driver has to manage during a race, it’s for sure on the same level – or maybe a higher level. Especially when it comes to adaptation and doing a lot of creative things in the car when you drive. Obviously the physical aspect is not the same, like the car is not as quick and the driver doesn’t need to be as fit, that’s something I guess. But I think if I was an F1 team boss, I would look more for drivers from Formula E, especially now, when all the manufacturers and all the top drivers are there.”

As a former European Formula 3 champion, Rosenqvist himself is a pretty mega driver with wins in pretty much every series he’s competed in. But the 26-year-old admitted that he’s pretty much stopped focusing on trying to get to F1 now because he’d rather race in a series like Formula E where he has the opportunity to actually challenge at the front.

“I haven’t really worked much on it. Before there was always a little bit of will to go there, now I’m just focusing on my programmes. I’ve sort of said that if I can’t get to F1 with pure talent, or someone calling you and saying ‘do you want to drive?’, then I would prefer to be in a championship where I can be there for the right reasons and win races. I don’t want to find a sponsor and be in an average team and hang around in the back, I think I would get bored of that very quickly.”

In 2016, Rosenqvist raced a little bit of everything and made his Formula E debut for Mahindra at the start of season three. Whilst some Formula E rookies initially struggle, the Swede grasped the challenges of the series incredibly quickly – he qualified sixth and set fastest lap in his first race, and took pole and finished on the podium in his second. This season he’s already a double race winner and would probably be leading the championship but for technical issues which have cost him the lead on two occasions.

Rosenqvist attributes his immediate performance to the fact the Formula E is the championship he’s always dreamed of, and also because he’d raced so many different types of car.

“Formula E for me is the championship that I always wanted. I was always thinking ‘Ah, imagine if you had a championship of street circuits, a championship where you just do everything in one day’. And then Formula E comes and it’s exactly that, so yeah I think its a championship I always dreamed about being in and it’s just really made for my driver profile, so that, I think that’s why it went very seamless to integrate into it.

“At the time when I joined, I was doing Indy Lights, where you drive oval, road course, and street circuits. I did GT racing, both endurance and sprint, and I did DTM and I did Formula 3 in Macau. So at the time when I joined I did all different kinds of cars, so that jumping into Formula E wasn’t as big a challenge as it would have been if I came from one [series]. My adaptation level at the time was very good, I could jump into anything and be OK. so I think that was very good timing.”

This season Rosenqvist has two wins to his name and would probably be right up there in the championship but for technical issues which have cost him the lead on two further occasions. As it is, he’s 61 points behind championship leader Jean-Eric Vergne with four races to go. A huge amount, yes, but perhaps more than any other series, with Formula E you never know what might be around the corner… 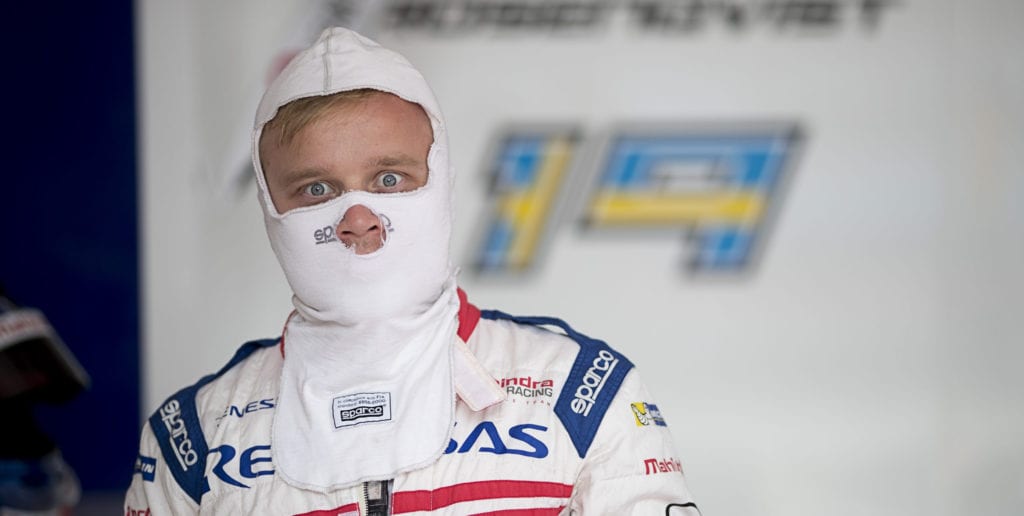