Ross Brawn faces a sticky situation addressing Ferrari’s quit threat over Liberty Media’s plans for the future of F1, but the current sporting boss is well positioned to find a solution given his personal history with the Italian team.

In terms of end-of-season payouts, Ferrari has been in a league of one that has conserved its F1 team regardless of on-track results. Pushes for a fairer distribution of funds coupled with standardising elements of the 2021 power unit led to Sergio Marchionne threatening to quit the sport a few months ago. Ross Brawn is tasked with finding a solution that satisfies Ferrari, but also the rest of the grid. He told Auto Motor und Sport:

“They are very important and I carry them in my heart. I worked for them for ten years. Ferrari is an icon and I hope we will find a solution that will work for everyone. A great sport is great for everyone and we do not want Ferrari to leave.

“The sport should be fair for all participants. I think that includes Ferrari. Yes it’s true that Ferrari has a veto right, but to my knowledge they never used it. Perhaps they waved it around.”

Ferrari’s many quit threats in the past have come to nothing, leading this recent threat to be seen as nothing but theatrics. But Marchionne insists that to consider his words as empty is to “play with fire.” Pirelli’s Mario Isola and ex-F1 sith lord Bernie Ecclestone have echoed this sentiment, warning Liberty to take Ferrari seriously.

Prior to this current threat to leave the sport, Ferrari’s previous big threat arrived before the 2010 season, when it said that the introduction of a £40m budget cap would create a “two-tiered formula”, which was against its principles. It’s funny that eight years later, we have a two-tiered formula born of unrestricted spending.

Red Bull and Toyota were equally threatening but on the other side of the fence, stating that they wouldn’t enter the 2010 championship if a budget cap wasn’t introduced. Ferrari got its way, and the £40m budget cap that was the premise for Virgin Racing, Team Lotus and HRT entering the sport was dropped in favour of a “Resource Restriction Agreement”.

It’s a tricky situation for Ross Brawn and Liberty Media to navigate. To give in to Ferrari’s demands is to concede that they do receive the special treatment that goes against the idea of an even playing field. To aggressively deny them may be to lose the most symbiotic brand of Formula 1. A compromise must be reached. 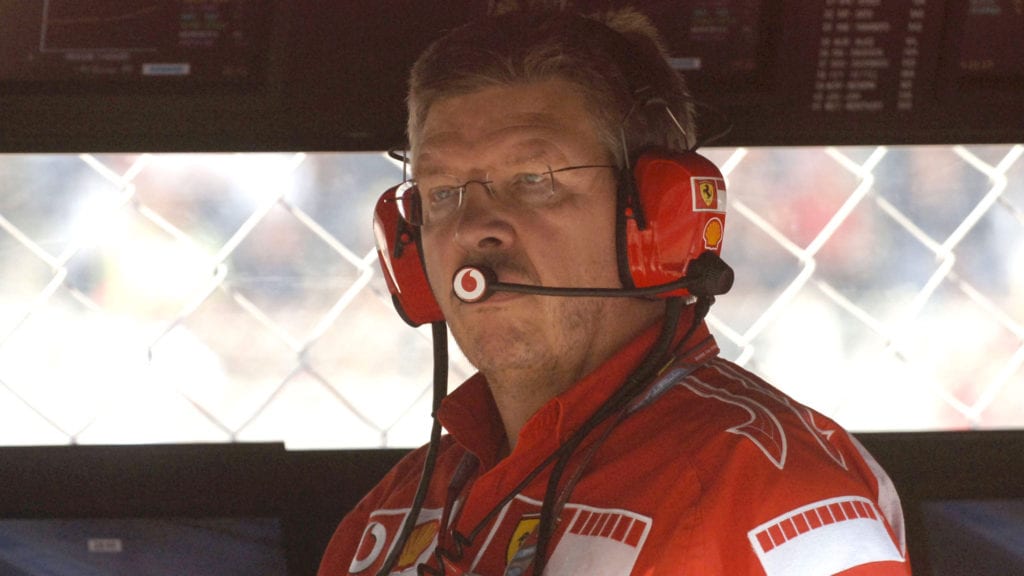