Rossi Made This Unbelievable Save During The Texas 600 – WTF1
Skip to content
×
Indycar , Onboards

Rossi Made This Unbelievable Save During The Texas 600

Towards the closing stages of the race, Colton Herta was attempting to take third place from Scott Dixon. However, Dixon squeezed Herta towards the bottom of the track, he dropped a wheel on the apron, and slid into the side of Dixon, ending both of their races.

Rossi was sitting behind the pair of them as the pair slid across the track. He only had one place to go – down onto the apron which had caused Herta to spin. Somehow, with a flurry of hand movements and some deft throttle control, Rossi kept his Andretti car pointing in the right direction. Oh yeah, and all of this is happening at around 200mph.

But wait, it gets better. In between doses of opposite lock, Rossi actually reached to try and change a setting on the steering wheel.

Got to save dat fuel bro 😂

So, in the middle of avoiding an incident, driving down onto the pit apron and collecting a massive slide in order to prevent himself from having a sizeable shunt, Rossi had the presence of mind – and the skill – to realise the yellows would come out, take a hand off the wheel and change a setting in order to try and gain a tiny advantage.

Racing drivers (especially those in IndyCar) really are something else, aren’t they? 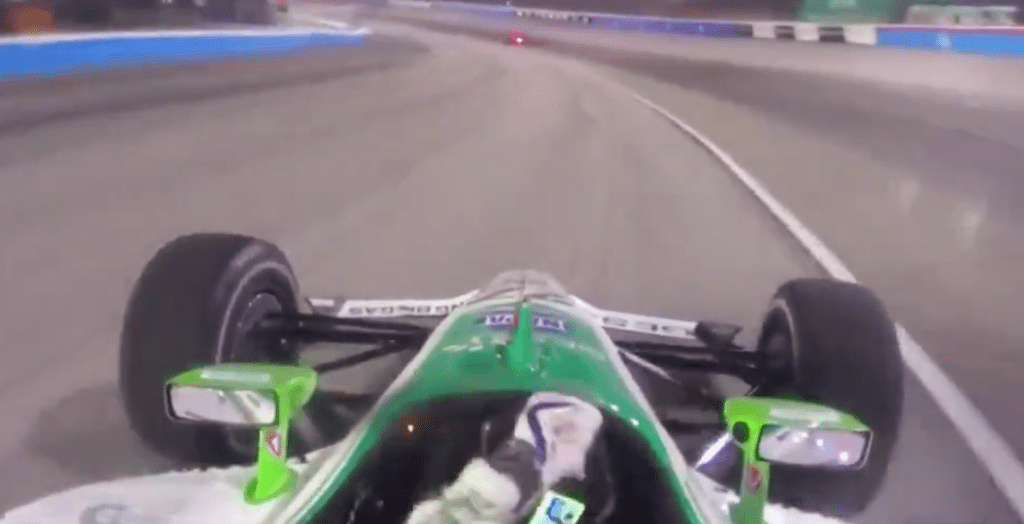