In many ways, Formula E is very different to a lot of other championships – but that doesn’t mean it’s any less serious. With a grid full of F1 and Le Mans winners and champions from all sorts of motorsport as well as a whole host of manufacturer teams, it has to be one of the most competitive series out there at the moment.

That’s at least the view of Nissan’s Oliver Rowland. He’s raced in the likes of Formula Renault 3.5, GP2, the WEC and the Blancpain Endurance Series and he places the level of competition in Formula E higher than any of those series. He told WTF1:

“Obviously I’m going into a championship as well with a lot of manufacturers, with Nissan and various other people involved in it, so I’m excited on that front too. It’s going to be a new challenge for me to work with the cars and development, find out what’s better, what’s worse, and all that sort of stuff so I’m pretty excited.”

He added that although there was some scepticism of the championship in the early days, things have come a long way in the last few years and that the sport will only get bigger with the introduction of the new Gen2 car:

“I think from day one Formula E took a bit of stick to start with, because of its concept, and slowly people have started to change their minds on the whole thing.

“When it first came out a lot of people said it wouldn’t work but I think they’ve proved everybody wrong. I think over the next five years [the cars] will get faster, more interesting and the people that are organising the championship are doing a great job and I can only see it getting better and better. With some of the other formulas I don’t see that happening so much.”

Rowland’s call-up to race for Nissan in Formula E this season was rather a late one. The team had announced Sebastien Buemi and Alex Albon ages ago but with Albon being poached by Toro Rosso just a couple of weeks before the start of the season, Nissan needed someone new.

Rowland had tested for the team in Valencia in Albon’s absence so he was the ideal candidate to replace him. However, the news still came as a bit of a shock to him and he admitted that he’s having to work on his fitness:

“Obviously I wasn’t planning on doing anything so quickly so it was a bit of a surprise when I got the call. I had to quickly get in a bit of a better shape because I wasn’t in the best shape. But yeah it is where I am, and I’ve made the most progress that I can. Throughout the whole season I can work on that side as well.”

And, most importantly how does a racing driver tell their mum that they’ve got a drive in a prominent championship with a major manufacturer?

“I’ve texted her that I’m doing it but I haven’t sat down and said I’m doing Formula E. That’s just a little bit the way I am, to be honest!” 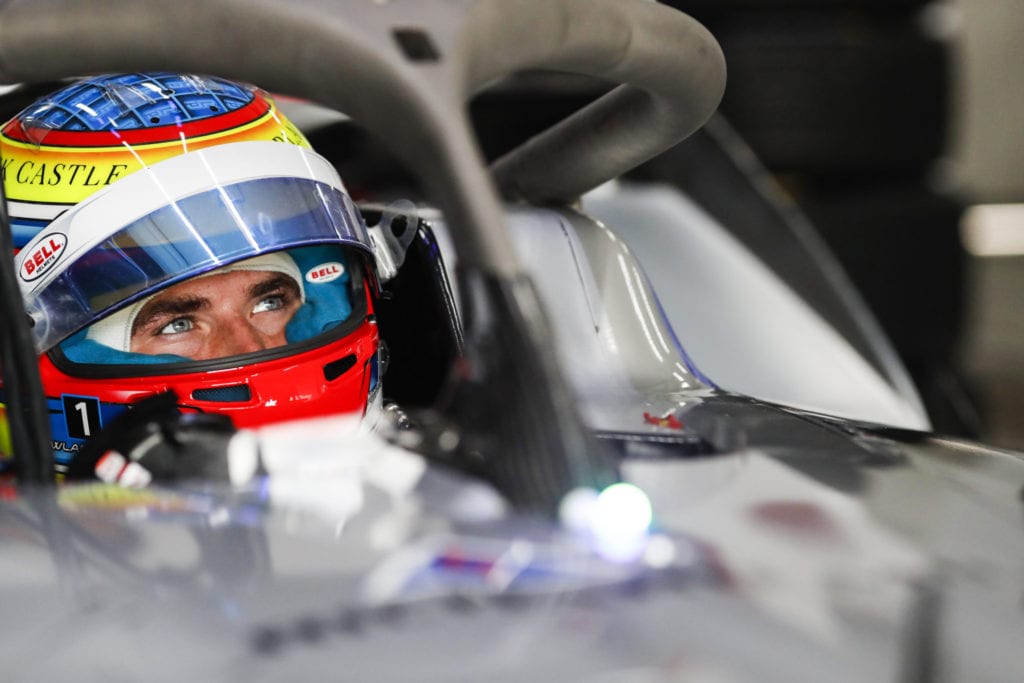