There’s a lot for the home fans to celebrate at Silverstone, with Hamilton securing pole position and all three British drivers starting inside the top 10 for the first-ever F1 sprint qualifying session.

However, one British driver got the biggest cheers from the home crowd when they set their final time. Was it the seven-time F1 champion who will start today’s Sprint Qualifying race from first? Well, actually, no. It wasn’t McLaren’s Lando Norris either. It was none other than Mr George Russell.

Russell secured his second consecutive appearance in Q3 and will start from eighth place for the 17 lap race later this afternoon.

Speaking to Sky Sports F1’s Simon Lazenby, Norris said that a top-three finish in Sprint Qualifying was “very unlikely” and that “the main point for us is Sunday.

“We still have to put all of our effort in that and not take too many risks to try and go for that one extra position [today], and we have FP2 in the morning to really prepare for it.

“Friday was a lot more about qualifying, Saturday’s a lot more about the race and Sunday. It’s a tricky one because it’s still a race, you know, you want to attack, you want to to go forward but then you still have to think about Sunday and not do anything you shouldn’t that could put you in a worse position.”

Responding to Norris’ answer, Russell went on the attack and said he wouldn’t be afraid to race the McLaren driver in sprint qualifying.

“If Lando’s cautious then we’ve got to attack haven’t we?

“He’s in a different position to me because, with himself and the car, they’re fighting for top 10s week in week out, but we only get in this position but putting absolutely everything on the table.

“We’ve got to continue it, and we’ve got to keep on pushing. So if I see an opportunity, I’m going for it because I’ve got Carlos behind.”

It was at that point Norris interrupted Russell’s interview, chiming in with “don’t risk too much, don’t throw it all away.”

Russell then half-jokingly responded, “you’re starting directly ahead of me, so I’m going to be trying to launch it right down the inside!”

How do you think the first-ever F1 Sprint Qualifying will go? 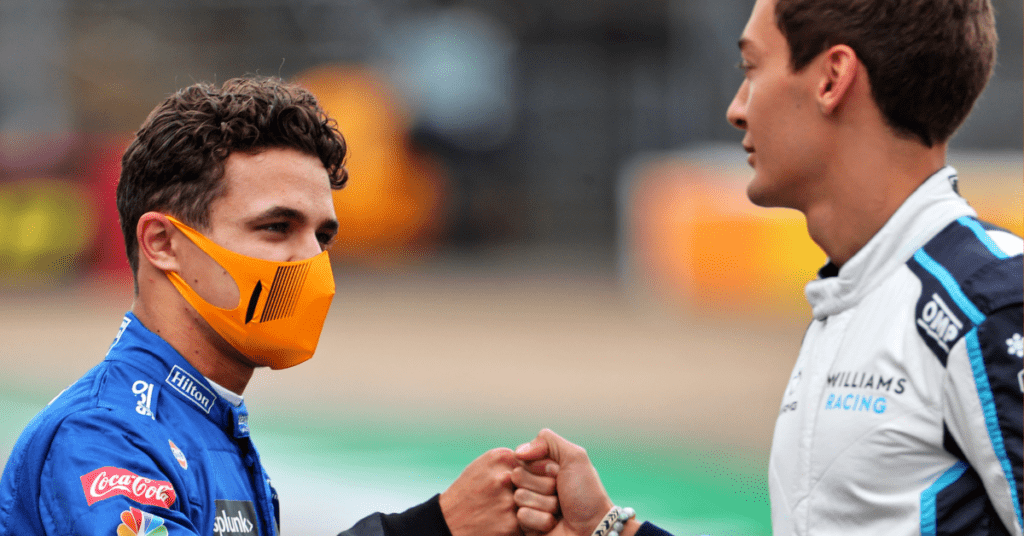