It’s certainly going to be a hot topic of discussion, but George Russell hasn’t been afraid to speak his mind on his incident on track with Valtteri Bottas at the Emilia Romagna Grand Prix. The two drivers came together around mid-way through the race, bring out immediate red flags for their collision which both drivers were able to thankfully walk away from.

“It is frustrating because Bottas is fighting for P9,” Russell said to Ziggo sport in the media pen.

“He should be fighting for podiums and victories every race. That move, for him, is something you would do when fighting for a victory.

“I am frustrated, because I feel like if it was another driver, he would not have reacted like that.”

The incident that brought out red flags in Imola 🚩#ImolaGP 🇮🇹 #F1 pic.twitter.com/Z18dCPXwOZ

Explaining the crash to SkySportsF1, Russell explained how the incident unfolded from his perspective.

“Well, I was coming on Valtteri massively fast, I had the slipstream, I had the DRS, and just as I pulled out, he jolted, very, very slightly, to the right which is a tactical defence that drivers in the past used to do.

“It was the Verstappen move of 2015 which there is a gentleman’s agreement hat that is not what you do because it is incredibly dangerous. In completely dry conditions I’d have been fine, but it just put me onto the wet patch, and I lost it. So, an unfortunate incident but we’re going at 200mph, you need to respect the speed and conditions. One of those things.”

Bottas telling Russell how many points he just lost out on #ImolaGP #WTF1 pic.twitter.com/LcI18ylFby

When asked what he said to Bottas when he confronted him after the crash, Russell asked him “if he was trying to kill us both”.

“You know, we’re going incredibly fast, we know the conditions. In his eyes, he’s not really fighting for anything. A P9 for him is nothing but for us it’s everything. I’m going for the move; the move would’ve been absolutely easy and there’s absolutely no reason to jolt like that. Like I said it’s a gentleman’s agreement between the drivers because we’ve always said it’s going to cause a massive collision at some point. And here we are.

“We’re both grown men, we’ll have a conversation and talk about it. Let the heat die down a bit. I’m sure he’s upset and frustrated with me as I am with him. The faintest of movements when you’re travelling at 200mph is actually quite a massive thing. More so it’s not just the speed, it’s the speed difference. You know I was probably going 30mph quicker than him and about to overtake him. Perhaps if it was another driver, he wouldn’t have done that. “

Wow. Some spicy remarks. Both Russell and Bottas have been summoned to the Stewards after the race. This whole situation is made extra interesting when you think it could be these two drivers fighting for that Mercedes seat in 2022.

Who do you think was to blame? Let us know in the comments. 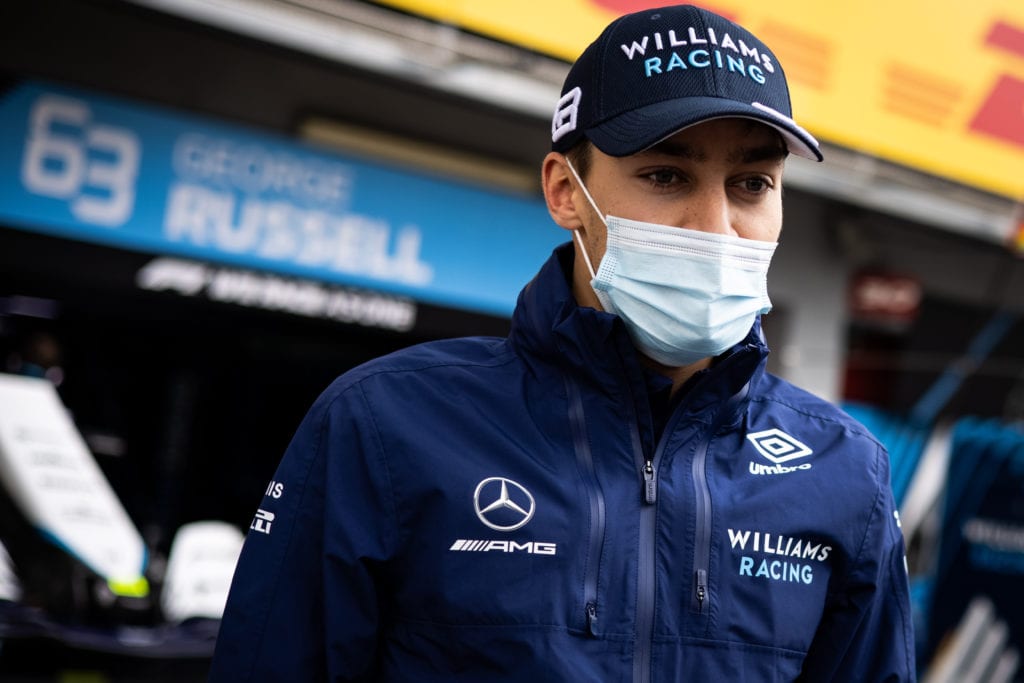