Russell Gets Best-Ever Quali Result With Williams After Tsunoda Penalty

George Russell will be starting 10th for tomorrow’s race after Yuki Tsunoda’s post-qualifying grid penalty. Russell was originally 11th and only 0.008s off of his first Q3 appearance with Williams. However, by not making Q3, he’s actually got a big advantage as he still has flexibility on what tyres he starts the race on.

Every F1 fan has been praying for George to make it to Q3 and this was the closest he’s ever got with Williams. He even flashed up in 10th place on the timing sheets for a few seconds as the session was ending, and it looked like it was going to happen before Fernando Alonso also went a bit faster and pushed him back into Q2. HE WAS THIS CLOSE 🤏

“So close yet so far,” said George to F1 afterwards. “Obviously really pleased to be in this position, the team did a really great job, the car’s feeling good.

“I think we’ve been learning a lot about the car recently. We’ve been going in a slightly different direction, putting more emphasis on Sunday. Let’s see how it pans out for tomorrow. It felt very good in the high fuel yesterday got to look forward. I’m looking forward to getting inside that top 10. I’m not looking behind me in my mirrors. I just want to go forward now, and we can do that.”

We'll still get a free choice of tyres for tomorrow's race. Time to push hard 👊

He’s going for it, isn’t he? It seems like it’s points or nothing for George.

Russell now got the best of both worlds for tomorrow as he’s got a top 10 start AND free tyre choice with many drivers ahead starting on soft tyres.

If it is a dry race, George and Williams have got themselves in a very good position. It’s Williams first top 10 start since Lance Stroll made it to Q3 in Monza in 2018.

Holding 10th will be hard. They have some very fast cars behind them, but that won’t stop the team from being really happy today.

“All of us, we’re feeling confident we can go out there and deliver the maximum, which is so satisfying, knowing that we’ve done the best job possible out-qualifying the McLaren, Ferrari, Aston Martin, in front of an Alpine as well, it’s massive for us.” 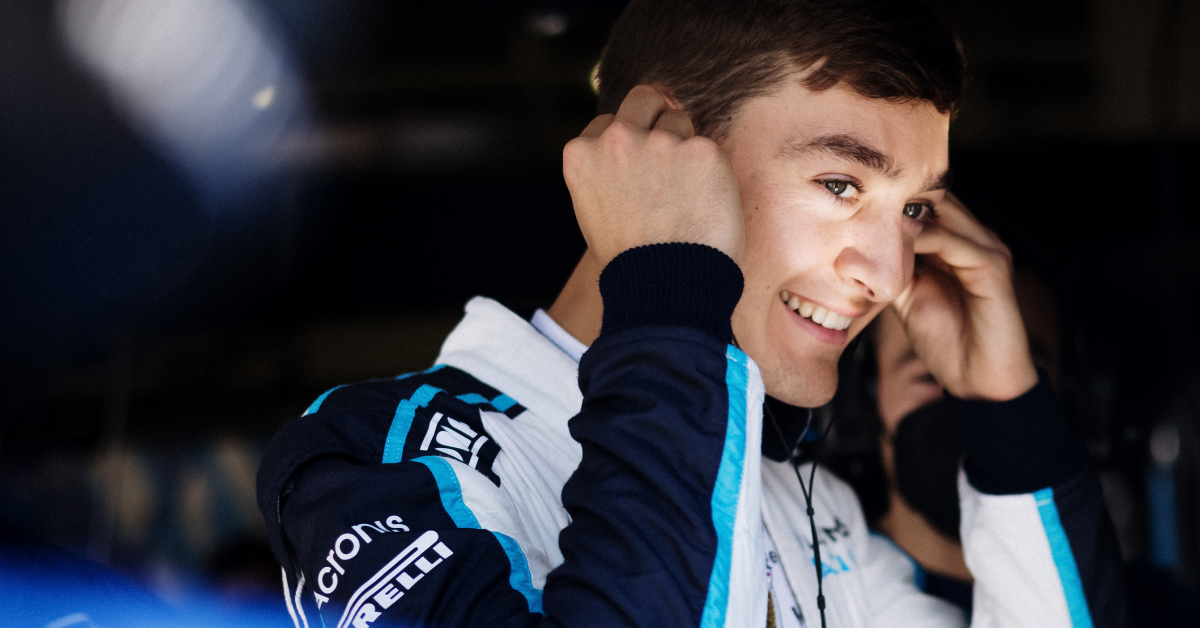