Russell Isn’t Sure He Can Replicate His Styrian GP Potential Next Weekend – WTF1
Skip to content
×
Formula 1 , News
1 comment

Someone needs to give George Russell a big hug from all us F1 fans. Like, seriously. It was all going so well for George, wasn’t it? Running in eighth, fighting for seventh, all on pure pace, this was going to be points for him and Williams finally!

But then, they hit trouble again! George had to manage a power unit issue and make multiple long pit stops to fix the leak. He was dropped to the back, but unfortunately, it was still too much, and they had to retire the car.
It was just so sad when he pitted; every heart watching dropped. We all want it to come good, and it was so close, yet again.

Speaking to F1 after the race, Russell described the feeling as “gutting”.

“[It’s] just gutting for the team, to be honest. They’ve worked so hard to be in this position over the past three years, chasing these points, we never really knew when they would come, and we knew we’d have to have a perfect weekend.

This one hurt. Every single member of the team should hold their head high today. We were up there on merit. Racing can be brutal but we keep fighting.

“We were in such a great position, eighth, on the medium tyre, we would’ve been able to pounce at the end, I think seventh was possible, ahead of Alonso, these four or six points is massive, it’s the difference between eighth in the championship. We will go again next week.”

Williams is fighting Haas and Alfa Romeo at the back of the Constructors’ championship. Alfa have two points, and Williams and Haas have none, so those points would mean millions in terms of prize money and just plain kudos for them.

“I was driving my heart out,” Russell continued. “Driving as fast as I could to keep behind the Ferrari and AlphaTauri and McLaren, you know. We’re not normally in this position. We should be proud of the job we did; racing’s just brutal.”

Next week’s race is in Austria again, but George thinks it’ll be very hard to get into the same position as they had today.

“We did things perfectly up until that point. Repeating that and relying on others to not do things perfectly is not easy, and that’s the thing for us. We know these opportunities don’t come every day.

“We have to do everything great. Others need to make mistakes for us to capitalise. Today was that day, but this is racing. It’s not meant to be easy.”

Points in that Williams must be close now, surely? 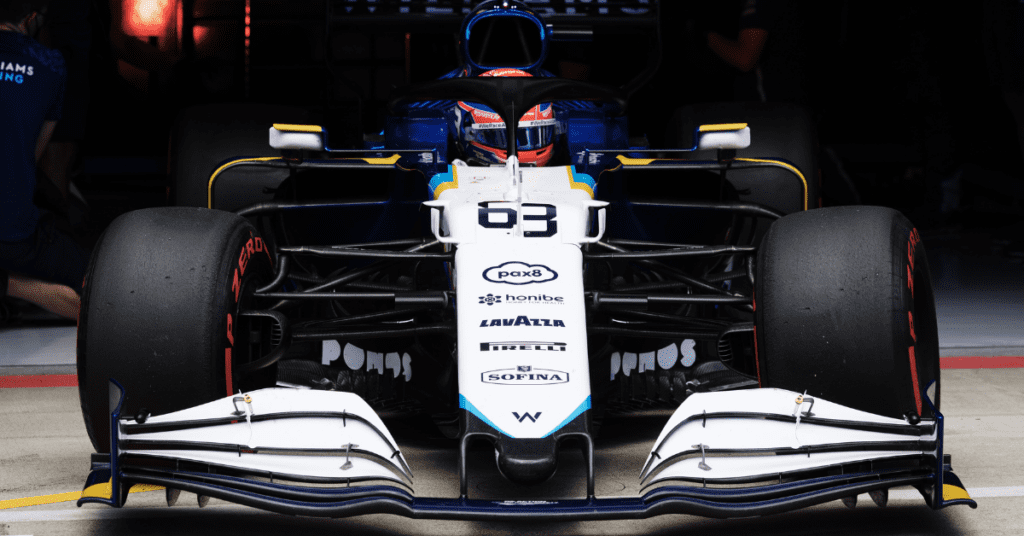 George Russell Has Had A Trophy Named In His Honour