Russell Says ‘Albon Is Being Made To Look Like An Idiot’ After Qualifying Shocker – WTF1
Skip to content
×
Formula 1 , News

In a Red Bull that looked anything but easy to drive, Alex Albon had a shocker of a qualifying session which saw him end up being knocked out in Q2 and set for a 13th-place grid position. His frustrations are clearly beginning to show as after the session he jumped onto the radio to berate his team for sending him out in traffic when he’d asked them not to, only to be told ‘we’ll discuss it later’.

To add insult to injury for Albon, he was even outqualified by the Williams of George Russell – an unthinkable situation – who once again did a superb job to comfortably make Q2 and even threaten to progress into Q3.

After the session, Russell was asked about Albon’s woes and he brilliantly jumped to the defence of his pal as he questioned what might be happening behind the scenes at Red Bull. He told Sky:

“I’ve known Alex for the last 15 years and been in the same paddock as him. He’s one of the best drivers we all race – Max, Charles, all of us will say it. He’s always been at the front in everything he’s done and I don’t know what the hell is going on and I feel really, really bad for him because he’s being made to look like an idiot and he’s absolutely not.

“He’s won in everything he’s done. I don’t know what’s going on but they need to sort it out for him.”

It’s easy to forget that when Charles Leclerc won the GP3 championship in 2016, Albon was his teammate – and he took the title battle down to the final round of the season in Abu Dhabi. Albon was also one of Russell’s championship rivals in the 2018 F2 season, with his performances that year earning him a shot with Toro Rosso and then Red Bull.

It’s crazy how much things can change in F1 in such a short space of time. Two weeks ago, Albon was on the brink of winning his first race. Now, he’s struggling to the point where rumours will already be swirling about his place in the team. But when even other drivers are starting to wonder why such a good driver is struggling, you have to wonder whether Red Bull is doing everything it can for him. It certainly starts to put some more perspective on Pierre Gasly’s performances for the team last year. 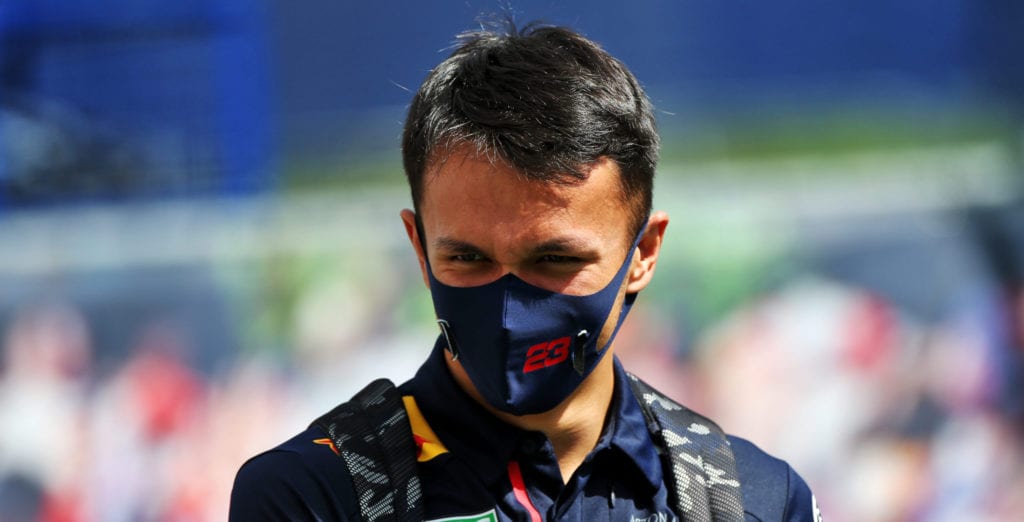