The Russian Grand Prix has never been a stand-out race on the F1 schedule, the Sochi Autodrom is twisty and technical but hasn’t produced particularly thrilling on-track action since its 2014 debut.

In fact, a journalist managed to fall asleep during the inaugural Russian GP. But the country has still provided us with plenty of memorable moments from the F1 world.

Let’s dive right in and take a look:

Let’s start with one of the weirder moments, shall we? Before F1 arrived in Russia, prime minister Vladimir Putin actually got the chance to test a Renault F1 car. This was back in 2010 and took place in St. Petersburg. Apparently, he got up to speeds of 150mph.

Arguably one of the most iconic moments of Vitaly Petrov’s career, his jump after going off track at the 2011 Malaysian Grand Prix spawned a whole load of hilarious photoshops and memes. He probably didn’t find the incident so funny, though.

Undoubtedly the highlight of last year’s Russian Grand Prix was Daniil Kvyat’s contact-filled first few corners, in which he managed to hit Sebastian Vettel not once but twice. The Ferrari driver slamming into the wall made for one hilarious radio message:

The 2015 Russian GP ended in drama when Finnish drivers Kimi Raikkonen and Valtteri Bottas crashed into each other on the last lap. Not only did it produce one of the most dramatic moments of the race but also brought us one of the greatest photobombs of all time…

Of course, a landmark moment for F1 and Russia was Petrov’s first podium at the 2011 Australian GP. It was also the first F1 podium for a Russian national, which is pretty cool. A strong strategy, some luck and good driving took him to third place in Melbourne.

Another memorable 2015 Russian GP moment was Romain Grosjean’s Lotus eating the wall at Turn 3 after a big shunt. Debris flew everywhere as the car disintegrated into the barrier, and that was it for RoGro’s weekend.

The 2016 Russian GP was unusual in that it featured the Red Bull ‘Aeroscreen’ cockpit protection device debuting in first practice. The ‘halo’ rival was tried out by Daniel Ricciardo for a little while in FP1.

The Sochi circuit may be technical but there are some high-speed sections. If you have a problem at the end of one of the long straights, it’s not going to end well. Carlos Sainz Jr. found that out in qualifying back in 2015. He crashed heavily at Turn 13 during FP3 and was airlifted to hospital, but emerged unscathed and raced on Sunday.

Having put in some good drives during his maiden season with Red Bull in 2015, Daniil Kvyat backed that up with third place at the 2016 Chinese GP after a great drive. He scored his second F1 podium making him the most successful Russian F1 driver. Sadly, at the next race in Russia, he suffered a disastrous weekend and was demoted to Toro Rosso shortly afterwards. Ouch.

Back when glitzy, extravagant launches were still all the rage, Jordan unveiled its new 2005 F1 car in snowy Moscow. Narain Karthikeyan and Tiago Monteiro officially launched the EJ15 in freezing conditions. It was the final Jordan car and the first to follow the team’s (brief) takeover by Midland.

What’s your favourite Russia-related F1 moment? Let us know in the comments! 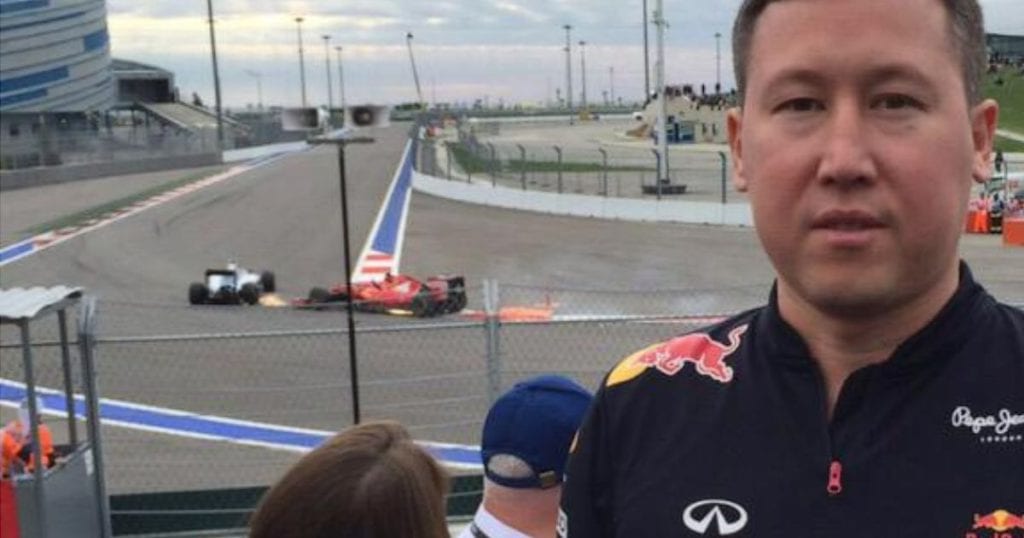