Sainz and Raikkonen Had A Major Close Call At The End Of F1 Testing – WTF1
Skip to content
×
Formula 1 , WTF

Carlos Sainz and Kimi Raikkonen must be as impatient as us for racing to start in two weeks, nearly crashing into each other after the final testing session was just finishing!

After a Red Flag trial that stopped the running, the cars had two more minutes of the session and went out to take advantage of the last moments of testing.

It was during their laps back to the pits, after the session result had been broadcast, that Carlos threw his new Ferrari up the inside of Kimi into Turn 10, in a move that would be overly ambitious in a race, let alone a testing session!

A close call between Sainz and Raikkonen as the chequered flag falls on testing 👀#F1 #F1Testing pic.twitter.com/Kp30MSy9bD

Carlos probably expected Kimi to stay out of the way, but he turned to the apex not seeing the divebomb until the absolute last second and then veered off to the right, just being able to avoid being clattered by Carlos.

Carlos’ move wouldn’t even be attempted in an F1 2020 open lobby, and could have caused a lot of unnecessary work for his new Ferrari team in addition to Alfa Romeo.

The @Aramco Pre-Season Test in Bahrain has officially come to an end 🇧🇭@Max33Verstappen was the fastest overall, with a lap time of 1:28.960 🚀#F1 #F1Testing @redbullracing pic.twitter.com/wwcDMCYYoZ

Carlos finished third in testing today, six-tenths behind Max Verstappen and Yuki Tsunoda who were trading the fastest times of the whole test in the final hour. Max came out on top with a respectable 1:28.960.

Kimi did 165 laps, the most of anyone today, and it was more than both Carlos’ and Charles Leclerc’s totals added together. Ferrari’s test has been a weird one with the car looking very difficult to drive and not much of an improvement on last year’s weak performance. Uh oh!

Racing with an Alfa Romeo used to be easy for Ferrari, but it might happen more than it should do this year.

With just two weeks until lights out, Carlos and Kimi are just getting started! 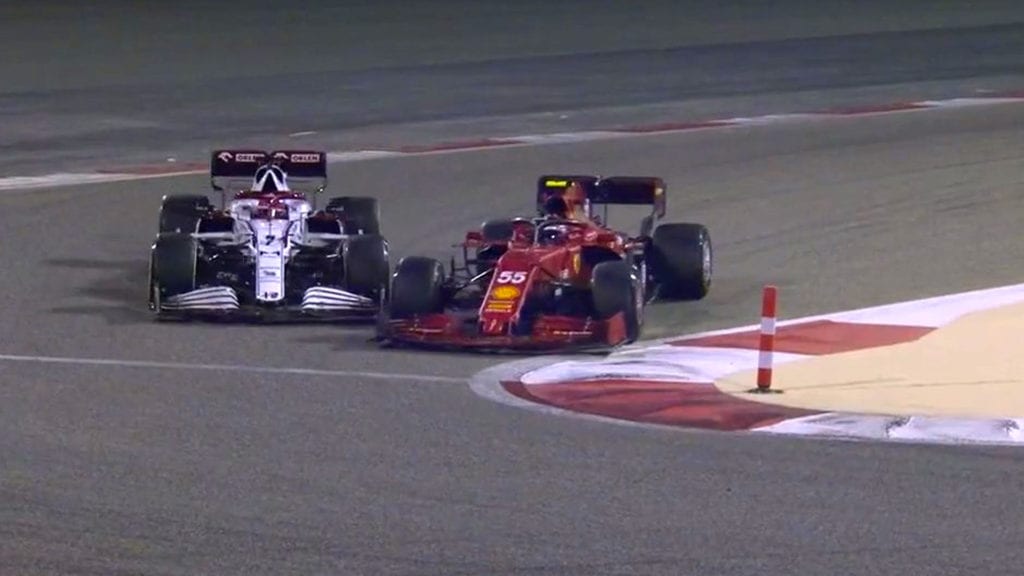