Sainz Believes That Any Team Could Lead The Midfield Battle In 2019 – WTF1
Skip to content
×
Formula 1 , News

After his loan spell from the Red Bull programme to Renault expired at the end of 2018, Sainz has been given the unenviable task of taking compatriot Fernando Alonso’s place at McLaren – the Woking side looking to reverse its recent fortunes after a disappointing campaign last time out.

However, the 24-year-old Spaniard understands that McLaren’s “whole new project” may not immediately propel them back up the table, with numerous other teams such as Sauber, Racing Point and Haas all fighting to knock Renault back out of the top four.

The French marque finished 29 points ahead of Haas in the Constructors’ Championship after a late spell of good form brought three sixth-place finishes in the last four rounds.

It’s Sauber that poses the biggest threat, according to Perez. Having finished tenth in both 2016 and 2017, the Swiss side used its Alfa Romeo title sponsorship and link to the works Ferrari team to move into eighth position in the Constructors’ Championship and set up a healthy foundation for the upcoming season.

Despite losing the services of Ferrari junior Charles Leclerc to the senior side, Kimi Raikkonen has ended up moving in the other direction and rejoining the team he began his Formula 1 career with in 2001.

Leclerc’s fellow Ferrari junior Antonio Giovinazzi has taken the place of Marcus Ericsson, who moves to IndyCar. A bolstered technical department after a year’s worth of reconfiguring, an early start to the development of the 2019 chassis and a current-spec Ferrari engine has also brought new hope into the team, something Perez is wary of:

“Sauber is a great team. They went through a very difficult period for a couple of years, but now I think with the Ferrari relationship they are coming back.

“You see Fred [Vasseur, team principal] is a great team leader and I think they are making great progress. They are definitely the team to watch. Next season they are going to be quite high up. I am looking forward for that.”

Sauber managed to outscore every team bar the top three in the final three races of the season, as well as finishing inside the top ten more times than Haas and McLaren throughout the season. Its total of 48 points marked its best haul since 2013 and brought five more points than 2014, ‘15, ‘16 and ‘17 combined.

Certainly a lot of thinking to do. Let us know who you think will have the edge and come out on top by December’s Abu Dhabi finale. 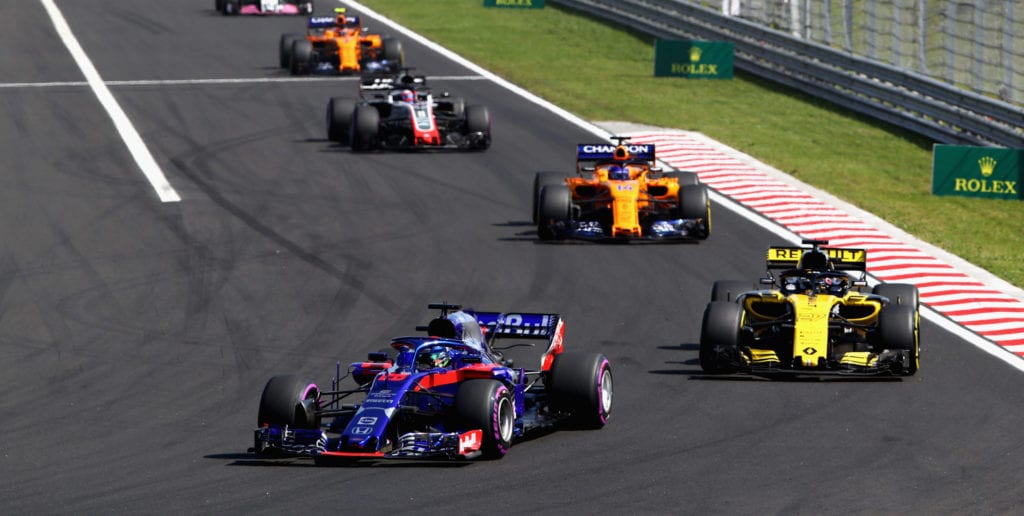