Sainz Has Been Promoted To The Podium As The Stewards Penalise Hamilton – WTF1
Skip to content
×
Formula 1 , News

Hamilton tried to pass Albon at Turn 11 but only succeeded in punting the Red Bull around, dropping him to 14th and allowing Pierre Gasly up into second. Immediately after the race, Hamilton took the blame for the incident, but nonetheless the stewards still had to spend roughly four days discussing it.

Eventually they too came to the decision that Hamilton was at fault and handed him two penalty points on his licence and given him a five-second penalty. That drops him down to seventh overall, promoting Carlos Sainz to third to his very first podium finish, and McLaren’s first since the first race of 2014.

It’s a real shame that he didn’t get to go and stand on that podium and enjoy the moment, but nonetheless third is an incredible achievement – not least because he started dead last and was the only driver to make a one-stop strategy work.

However, that could all change again – Sainz is being investigated for opening DRS in a double-waved yellow flag zone. Maybe Kimi will end up on the podium… 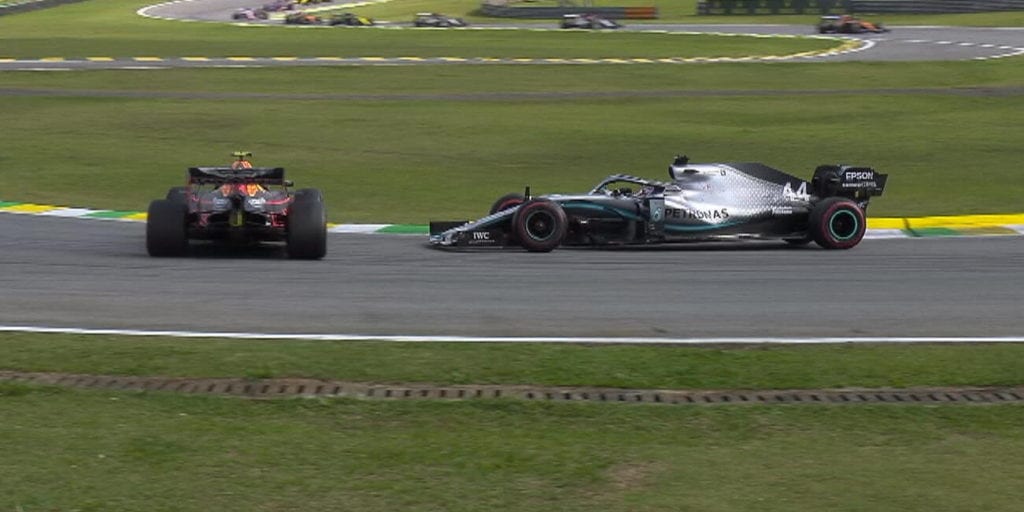