Sainz Is The Latest F1 Driver To Join The Virtual GP Line Up – WTF1
Skip to content
×
Formula 1 , Gaming , News

While other esports and sim racing series have had bumper fields filled with current drivers from their respective real-world championships, F1 has been criticised for having so few of them. Only two current drivers took part in the first event; that number was bumped up to six for the second round.

Slowly but surely the numbers are creeping up, with Sainz confirming that he’ll be the seventh driver on the grid this weekend for the race at Shanghai. Chances are he would have been competing sooner, but his PC set-up is located in the UK and he’s currently spending his lockdown with his family in Spain and it’s taken him some time to get everything prepared.

Another driver confirmed for the race is Juan Manuel Correa – the F2 driver who was badly injured and left comatose following the accident at Spa last year in which Anthoine Hubert lost his life. Correa is still undergoing rehabilitation on his badly broken leg, which means that in order to race on a sim he’s having to use his left leg to accelerate and brake.

Another new name to the F1 Virtual GP this week is Real Madrid goalkeeper, Thibaut Courtois. But, before you sigh and wonder why F1 continues to have special guests likely to be seconds off the pace, it’s worth noting that Courtois is an avid virtual racer and has shown in other events that he’s right up there in terms of pace. 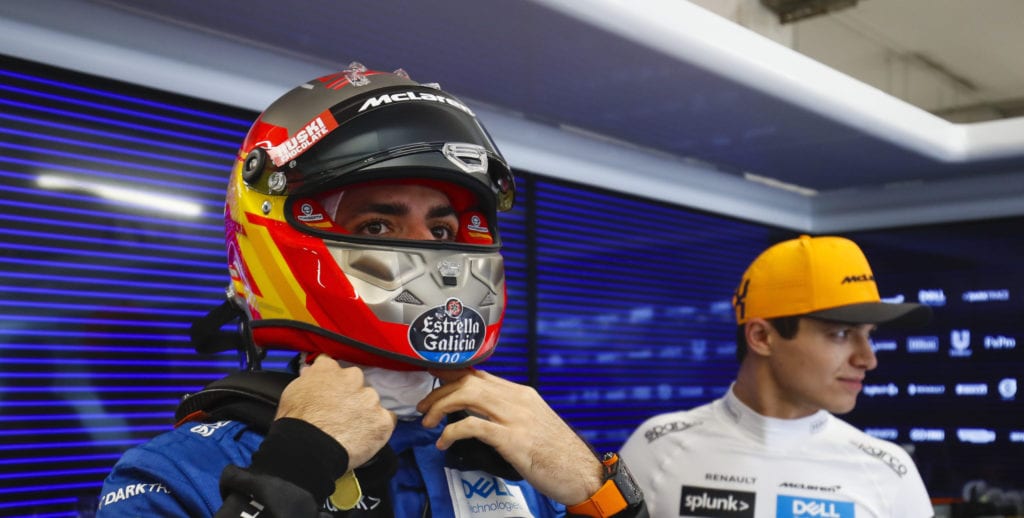