Sainz Might End Up Sticking With Renault For The Future

Sainz’s move to Renault came about as part of the craziness surrounding the Honda and Renault engine supplies that happened last year. Unusually for F1, he’s still contracted to Red Bull despite driving for Renault as part of a loan deal, with the chance that he could still get called up to Red Bull should the team end up with a spare seat in 2019.

If that doesn’t happen, though, Sainz doesn’t seem like he’ll be too cut up about it. For a while, he felt like he needed to progress beyond being stuck at Toro Rosso and he feels Renault is giving him that opportunity. He told Sky F1:

“Definitely the future could be with Renault and I’m ready for it if it comes. I’m loving it, especially because the team is just moving forward. Investment is coming, all the mechanics and engineers just feel this vibe.”

When it comes to the tight midfield battle a few teams have shown occasional promise to challenge for fourth in the championship, but Renault is the only squad that’s been consistently up there and the potential for more progress in the coming years is strong. Renault advisor Alain Prost thinks getting Sainz in the team was a good move:

“We knew that it was a risk [taking Sainz]. But it’s better to take this kind of risk. It’s important for the team to make a progression. It was a decision that was good for the team and good for Nico because you can see that it made his level even higher now.”

Ahh, yes, Nico Hulkenberg. His performance over the last few races could be the only stumbling block to Sainz’s career, because the Hulk is on fire at the moment. In all three races this year he’s outqualified and outraced his teammate and currently sits on 22 points in the championship – Sainz has just three.

Sainz will have to redress the balance, otherwise his career with Renault might not look as rosy as it does now. And if Renault decides to look elsewhere, you can bet Red Bull might start to cast an eye away from Carlos and towards the likes of Pierre Gasly if needed in future… 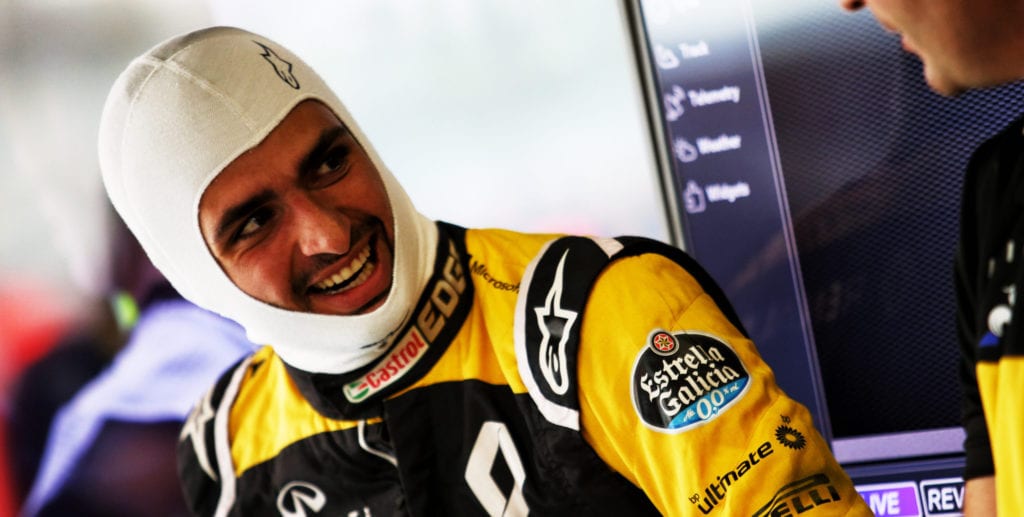