We’ve just witnessed undoubtedly one of the weirdest F1 races ever. After heavy rain disrupted racing, Max Verstappen won a very soggy Belgian Grand Prix with George Russell and Lewis Hamilton completing the podium trio. Oh, and only ‘two laps’ were completed, or so that seemed to be the case.

The original race start was scheduled for 15:00 local time, but the FIA delayed it by 25 minutes before undergoing formation laps behind the safety car. Then came a red flag, and over three hours after it was meant to start, we got ‘racing’ again.

Eventually, the cars were sent out again behind the safety car, and after completing a few laps with terrible weather conditions, the race was once again red-flagged and then ended.

“Visibility was absolutely zero in P10, so I can’t imagine P16 or P20,” Carlos Sainz Jr explained after the race finally came to an end.

“The right call, in my opinion, to not have a race because sometimes the conditions are just not good enough to run an F1 car in,” Sainz continued.

“I don’t agree with some comments made back at home of how F1 drivers nowadays or F1 nowadays don’t take risks. Nonsense. Because today really the probability of a big accident was there if we would have restarted in any of these conditions. It wasn’t the case. Sometimes you need to take it on the chin.”

🇧🇪I’m really sorry for the fans out there, but there was nothing we could do given the conditions we had today. Visibility was zero and it was simply too dangerous. Safety must always be the priority. Looking forward to Zandvoort now.

After the race, all the teams and drivers in the championship expressed how sorry they were to the fans who had spent hours waiting for some racing action in the pouring rain.

“I feel really sorry for the fans, but it was just too tricky out there, and unfortunately, we couldn’t race. It is what it is.”

Half points have been awarded to the top ten as it’s deemed that the grid completed more than two laps, but less than 75% of the race distance was completed. However, on the FIA’s ‘Final Classification’ it states that the results are after Lap 1, which was 6.880 km.

Carlos Sainz picked up half a championship point after finishing P10 but thinks it’s not right and that he didn’t deserve it.

“This is the only thing I think we need to review because to have points for something that didn’t happen, for me, doesn’t make much sense. It is what it is, and hopefully, we can review it for the future.”

Do you agree with half points being awarded? 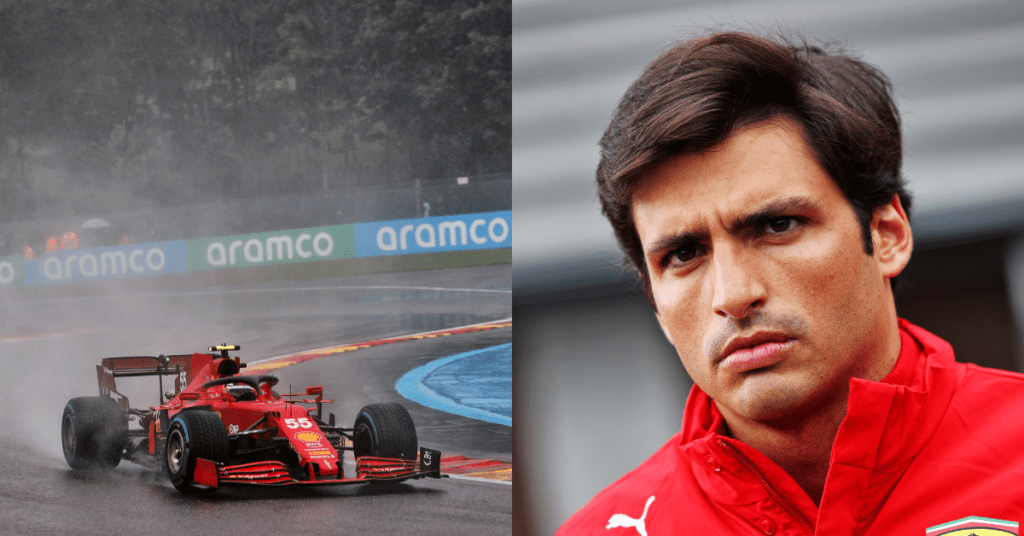