Formula E’s group qualifying system hindered those who did well last season, forcing them to run first on the outrageously dusty Diriyah circuit. The result was the likes of Jean-Eric Vergne, Lucas di Grassi and Sebastien Buemi all ended up starting outside of the top 10. Alexander Sims took pole for BMW ahead of the incredibly strong Mercedes pairing of Stoffel Vandoorne and Nyck de Vries, with Edoardo Mortara in the Mercedes-powered Venturi fourth and Sam Bird fifth.

However, at the start of the race it was Bird who looked to have the most pace, though he was unable to really do anything with it bottled up behind Mortara. However, a well-timed first Attack Mode activation – which is even more powerful this year – saw him move up into fourth and catch up to the top three. He then became the first of the front-runners to use his second Attack Mode and swiftly passed de Vries, at which point he was looking like the net leader as he caught up to Sims and Vandoorne so quickly that had they taken their Attack Modes, they’ve have dropped behind Bird.

Keen to make something happen, Vandoorne put a robust move on Sims to take the lead and put Mercedes out front in its first Formula E race – a sight that would surely have made those fed up of Mercedes domination in F1 thinking ‘here we go again’. But Bird followed him through and stuck with Vandoorne, who unusually delayed his second Attack Mode for so long that he was suddenly under threat of dropping off of the podium completely.

Presumably fed up of waiting (or perhaps concerned about Lotterer closing in behind him), Bird made a move for the lead anyway and breezed his way past the Mercedes.

Vandoorne eventually took his second Attack Mode and dropped to third, at which point the safety car was deployed for Daniel Abt’s crashed Audi. Bad timing? Just a bit – if he’d waited for one more lap, he could have taken it under the safety car and would probably have won the race.

At the restart, Bird simply disappeared down the road to win the ninth race of his career – five years to the day since his first, and keeping up his impressive record of having won a race in every season of Formula E.

Andre Lotterer stealthily made his way up from seventh to second in Porsche’s first race, with Vandoorne sticking in third for Mercedes – not a bad return from the two new big guns in the championship. Oliver Rowland also did a great job for Nissan and moved up from eighth to fourth, while Robin Frijns completed an excellent day for Envision Virgin as he went from 12th to fifth.

De Vries finished the day as top rookie in sixth – he had great pace early on, but seemed to drop back when energy saving became more critical as the race progressed, which is completely understandable for any newcomer. Mortara wound up seventh, his race hurt by a missed Attack Mode activation, while Sims will surely be gutted to finish down in eighth having taken pole and led the first half of the race. Jerome d’Ambrosio and Mitch Evans rounded out the points scorers.

Some of the other big names had races as tough as their qualifying – Di Grassi made his way up from 19th to 13th an Antonio Felix da Costa went from 21st to 14th, but Vergne and Buemi both failed to make the finish after technical issues. De Vries aside, the rookie drivers had a difficult time, too. Well, 16th for James Calado in the Jaguar was fairly solid (this is a 24-car field, remember), but Brendon Hartley in the other Porsche only finished 19th following a drive-through penalty for a technical issue, while Nico Muller didn’t even get to start the race following a qualifying accident.

They’ll all have another chance tomorrow, though, which is one of the benefits of double-header weekends. Bird, Mercedes, and Porsche will all be very happy with their results, but now they’ll be faced with the challenge of going out first in qualifying for the second race. It wouldn’t be surprising to see the grid for tomorrow completely flipped around… 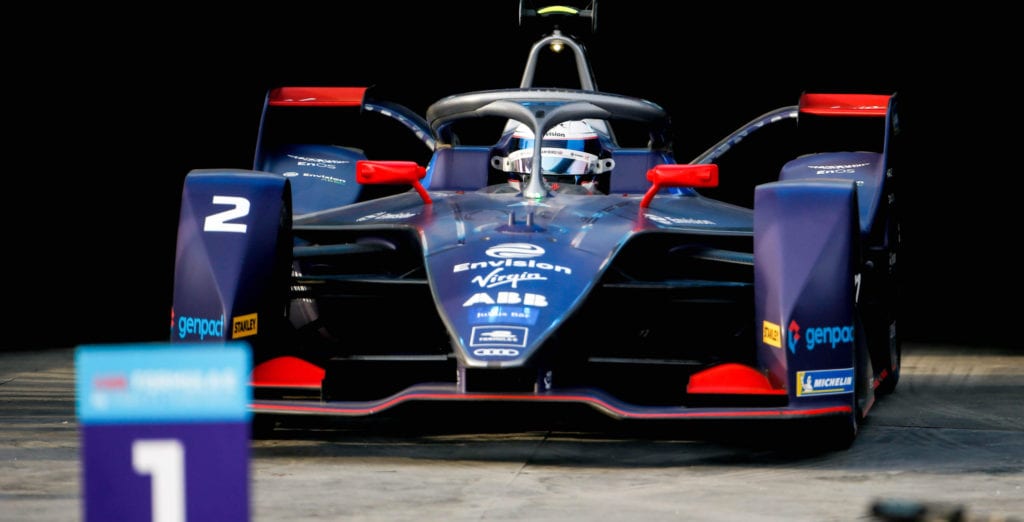