The inaugural Rome ePrix was a definite hit. As Formula E circuits go it’s one of the longest and mixes high-speed sections with those fiddly chicanes and tight hairpins that feature on most of the tracks on the calendar. It also has a fair bit of elevation change – on one section, there’s even a couple of small jumps.

In a bonkers qualifying session, Luca Filippi and Jerome d’Ambrosio misjudged the timing and failed to set a lap, whilst Antonio Felix da Costa and Jose Maria Lopez crashed into each other in the pit lane, also failing to set times.

We were told traffic in Rome was a little crazy…🤔

Edoardo Mortara damaged his car and spectacularly drifted his way around the lap, whilst Felix Rosenqvist clipped the wall but still took pole by almost seven-tenths of a second. Rosenqvist led much of the way until on lap 23 of the 33-lap race, he clipped kerb at the wrong angle and broke his suspension.

That put him out of the race and handed the lead to Sam Bird, who himself was coming under pressure from Mitch Evans and Lucas di Grassi. Evans went for a move but locked up, dropping the pair of them back into the clutches of Andre Lotterer. The three enjoyed an epic scrap in the closing laps, with di Grassi taking second behind Bird, and Lotterer third after Evans ran out of useable energy on the final tour, dropping to ninth.

Given the many tight corners on the circuit it was a reasonably, clean race – well, apart from a four-car pile-up caused by a lunging Lopez at half-distance, although all four cars got going again.

Daniel Abt came fourth, setting fastest lap along the way, with Jean-Eric Vergne fifth and Sebastien Buemi sixth. In seventh was d’Ambrosio, who had a strong race to rise up from 18th on the grid.

Bird’s win takes him to within 18 points of championship leader Vergne with five races to go, whilst Rosenqvist’s untimely error leaves him a distant third, 37 points off of the lead. It could all change, though – this is Formula E, after all. The next round takes place in Paris in two weeks. 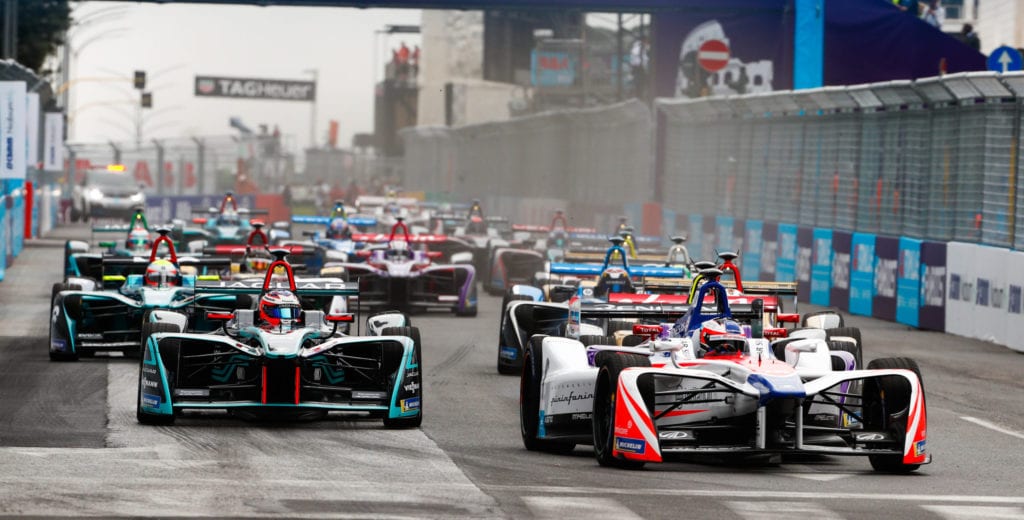