Sauber Has Revealed A Concept Livery And Drivers For 2018 – WTF1
Skip to content
×
Formula 1 , News

Sauber Has Revealed A Concept Livery And Drivers For 2018

It seemed pretty obvious that runaway Formula 2 champion and Ferrari junior driver Charles Leclerc was going to get a drive with Sauber this year, and indeed he’s now been confirmed as a race driver for 2018, just days after the team announced a tie-up with Alfa Romeo.

What was less certain was the second seat. Fellow Ferrari junior Antonio Giovinazzi was Ferrari’s choice for the seat, whilst Sauber wanted to keep Marcus Ericsson because the people that own the team also sponsor the Swede.

Indeed, it’s Ericsson who’s been confirmed for a fourth season with Sauber and fifth in total (yep, he really has been around that long), leaving Giovinazzi to be the team’s third driver.

Sauber is really getting its announcements out of the way early as it also revealed its new Alfa Romeo livery. Gone is the blue, and in comes the red…on the engine cover at least.

OK, in terms of the drivers Ericsson isn’t exactly the most exciting choice (probably the most interesting thing he’s ever done is crash his bike into a chicken) but he’s a solid performer and was closely matched with Pascal Wehrlein (who now looks likely to drop out of F1) for much of the year.

Leclerc, on the other hand, is a serious prospect. If all goes well, it might not be too long before we see him replacing Kimi Raikkonen at Ferrari. 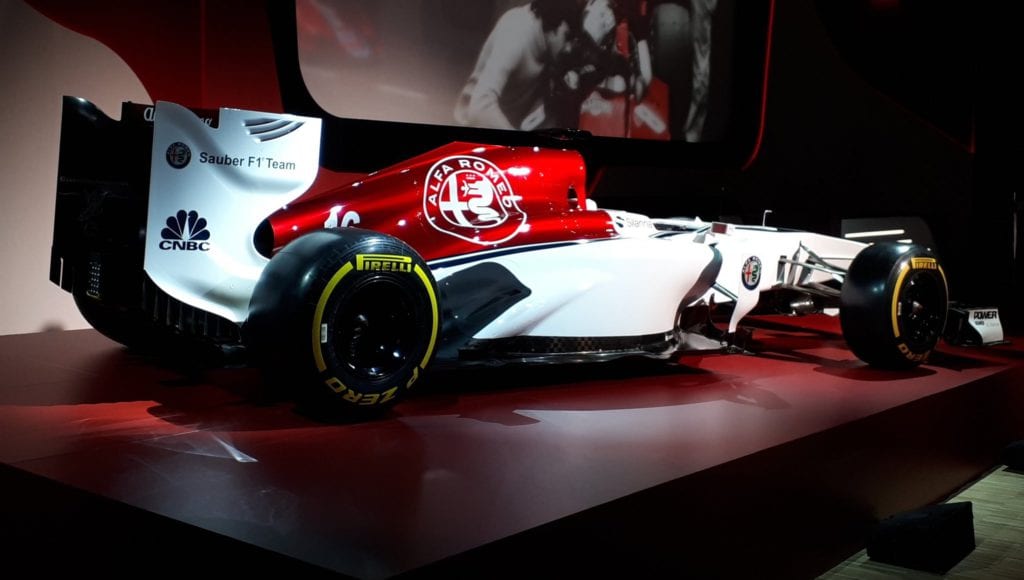