Sauber Was Surprised By How Well Antonio Giovinazzi Did On His Debut – WTF1
Skip to content
×
Formula 1 , News

After Pascal Wehrlein withdrew from the race following Friday’s practice sessions Sauber drafted in Ferrari’s third driver Antonio Giovinazzi, just as they had done in testing.

Despite only having an hour of practice on a track he’d never raced before Giovinazzi came close to out-qualifying teammate Marcus Ericsson and managed to finish the race a drama-free 12th.

With so little track time Kaltenborn said his only goal was to not make mistakes and hang on during the race, but speaking to Autosport she admitted that he’d exceeded expectations:

It definitely surprised us because it’s his first race. Yes he’s been testing, done things like the Pirelli test [for Ferrari], but that’s not the kind of testing that other people have been doing. It’s not like this level of motorsport, so it was very impressive. He’s had one free practice, one hour, and did a very good qualifying and the race was not an easy one because he had flat-spotted his tyres and the car was not easy to drive. He showed the potential the car has despite all these difficulties.”

Despite all the praise Giovinazzi is a racing driver, so of course he focused on what he felt he needed to improve on – the tyres. In GP2 the tyres run out of life very quickly and need to be treated with caution, but in F1 this year the Pirelli rubber can be pushed much harder, and Giovinazzi admitted he was too conservative thanks to his lack of experience.

“I was taking it easier in the beginning of the run, because in GP2 with super-soft [tyres] it was possible to only do seven or eight laps and then you need to box. “I took it really easy, just to understand the tyres and understand the car.”

He at least allowed himself a bit of praise however and acknowledged that he’d been the top rookie driver – ahead of Vandoorne and Stroll – all weekend.

“Yesterday I was just two tenths from Q2, and today just two positions to the points. To be on top of the rookie drivers, with the preparation I had before – nothing – I think was a pretty good weekend.”

Wehrlein will be back at Sauber for the Chinese Grand Prix while Giovinazzi will resume his role at Ferrari. Although Sauber don’t actually have an official reserve driver they apparently have “an arrangement with Ferrari” which means that Giovinazzi can effectively drive for them if they need him to.

After his performance in Australia however you have to wonder if Sauber would rather have him driving for them full time, especially if Pascal struggles to return to full fitness. And you can bet that there will be other teams taking more of an interest in him now as well! 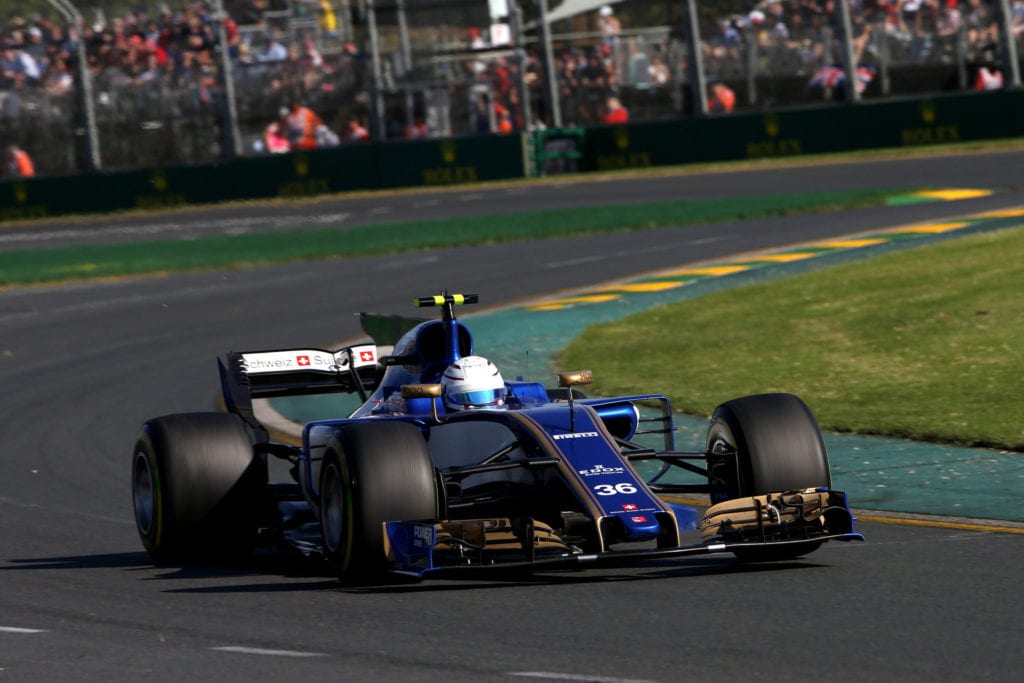