With so many changes to the original F1 calendar this year due to the global pandemic, the latest paddock gossip is that Saudi Arabia could replace Abu Dhabi as the final race of the season.

As reported by RaceFans, it’s believed that the two venues might do a switch around because of the ‘red zone’ restrictions that are currently in place for British citizens travelling into the United Arab Emirates.

As it currently stands, those from the UK that are travelling back from countries like Abu Dhabi need to quarantine themselves for ten days. It’s frustrating but needs to be done. However, it becomes more of an issue when you realise the season finale is on December 12th. That means staff will only be able to break free from their quarantine bubble just days before Christmas.

Welcome to the fastest street circuit in #F1.

In a sport that is already so demanding and leaves little time for team members to spend with family or shutting down for the festive season, it begs the question, should the two races swap dates on the calendar?

The new Jeddah race in Saudi Arabia is still scheduled to happen on December 5th this year, and there’s also the deal that Abu Dhabi have with F1 to host the final race of the season.

There’s also the fact that the president of Saudi Arabia’s motorsport federation has recently told the media they haven’t been approached about a date swap either but would be happy to do whatever to help F1.

Saudi Arabia’s new Jeddah track promises to be the fastest F1 street circuit ever, with 27 tight and twisty corners and plenty of long straights. It’s also set to see an average speed of 250km/h over a single lap which is mega quick. Tickets for the event also went on sale this weekend too which you can buy at https://www.saudiarabiangp.com/en/

With many changes to the calendar expected to be announced over the next few weeks, especially now there’s a free slot for the cancelled Australian Grand Prix, we’ll see if F1 decide to pull an Uno reverse card on Abu Dhabi and Saudi Arabia’s calendar dates. 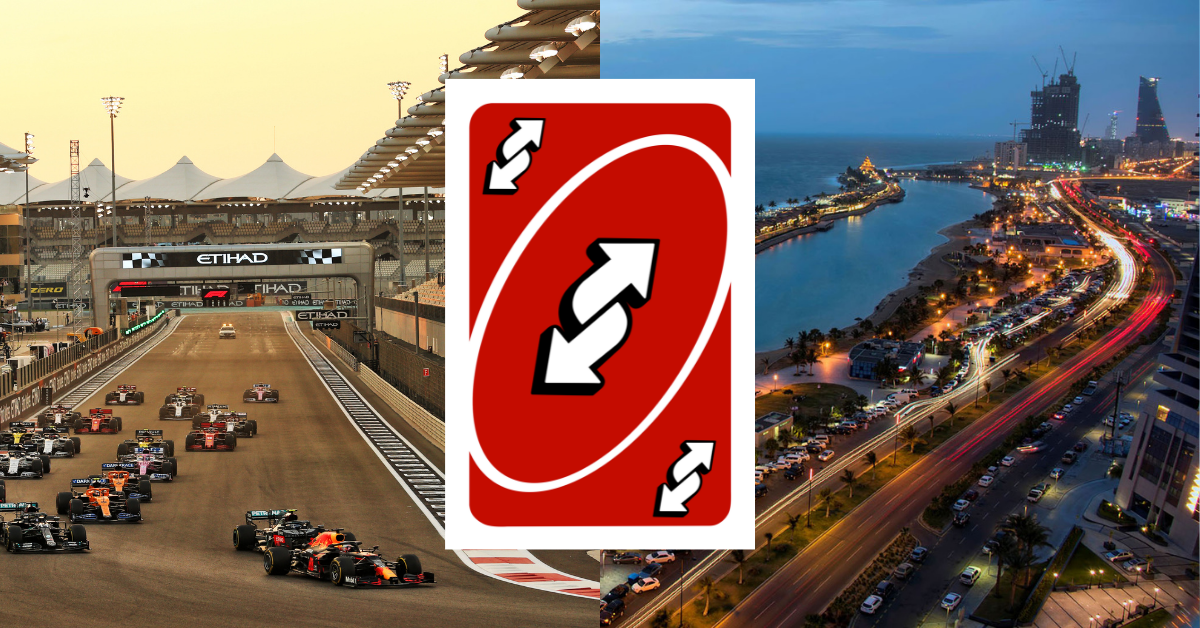