It’s well known that Monaco is a complicated beast to tame. Driving around the tight and twisty circuit can punish even the most skilled drivers; however, things had been relatively clean for Monaco. That was until FP3.

With 17 minutes left on the clock during the final Monaco practice session, Nicholas Latifi slammed his Williams into the wall just after the swimming pool chicane. It’s a move we’ve seen countless times in F1, with Max Verstappen having an almost identical crash during FP3 during the 2018 Monaco weekend. Verstappen was unable to take part in qualifying as Red Bull didn’t fix his car in time that year.

Clipping the barrier on entry meant Latifi was a passenger in the crash, and it will be a race against time to get the Williams repaired in time for qualifying in just a few hours. A great shame for Williams, who are celebrating their 750th F1 race in the Principality this weekend.

Nicholas Latifi finds the wall near the swimming pool and the session is red-flagged whilst car recovery begins#MonacoGP 🇲🇨 #F1 pic.twitter.com/UB0QZfDELu

Once the car was removed by the efficient marshals, and they’d taken some selfies with the beaten-up car, F1 resumed the session.

However, just minutes before the chequered flag was waved for FP3, Mick Schumacher lost the rear of his Haas car and crashed into the barriers just past Casino Square. It was the second impact Mick had made with the unforgiving Armco barriers this weekend, after a session-ending crash on the entry to Casino Square on Thursday. Haas confirmed he would not be able to take part in qualifying as a result.

With plenty of F1 newbies to Monaco, you could say that we expected some contact and crashes, but Schumacher seems to have really struggled compared to his teammate. Nikita Mazepin has had a decent weekend so far.

For Yuki Tsunoda, a total Monaco newbie, he had some contact with the barriers at the swimming pool chicane on Thursday, but nothing as impactful as Latifi’s crash.

Max Verstappen topped FP3, with both Ferraris looking blisteringly quick around these Monte Carlo streets, but who will be on pole? Let us know your predictions below.

Also, be sure to tune in to our Monaco Qualifying Watchalong on our YouTube channel at 14:00 BST this afternoon. 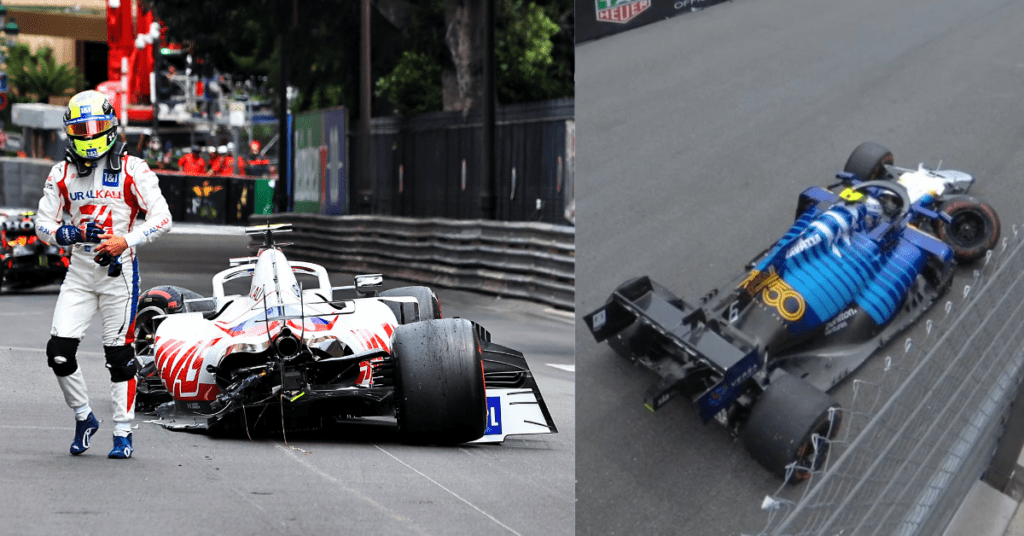