Schumacher Furious As He And Mazepin Nearly Have A Massive Crash On The Final Lap – WTF1
Skip to content
×
Crash , Formula 1 , News
1 comment

There was drama all through the field in the Azerbaijan Grand Prix, and on the final lap of the race, there was no exception. The two Haas cars at the back of the field nearly had an almighty collision as they fought on the long main straight.

Nikita Mazepin and Mick Schumacher were fighting each other all through the race, and on the final lap, it was Mazepin who was ahead of Schumacher.

Mick then benefited from the slipstream and had the speed to draft past his teammate to take the honours. But Mazepin wasn’t having any of it, and he aggressively defended by moving late across the front of Schumacher.

He was furious. Immediately when he was alongside, his hand was out of the cockpit gesturing at Mazepin to show how dangerous he thought it was.

“What the fuck was that? Honestly, seriously, does he want to kill us?” Schumacher said over the radio after he crossed the line.

Mick did get past and earned the teams best finish all year of 13th. It was the first time a Haas car finished ahead of a Mercedes car on the road since France 2018, when Kevin Magnussen finished in 6th place because of Lewis Hamilton’s braking issue at the final restart.

Mazepin has two penalty points on his licence, whereas Mick has none.

Both of them have come for getting in the way of other cars during the race and qualifying. Mazepin nearly received an automatic race ban in F2 last year after picking up 11 points, with 12 earning you a driver a ban. He was given a five-second penalty in F2 for moving on the straight to aggressively defend from Felipe Drugovich in a similar way at the Sakhir GP in December.

Whether this issue will go to the stewards is unknown so far, but chances are it will stay internal for now. 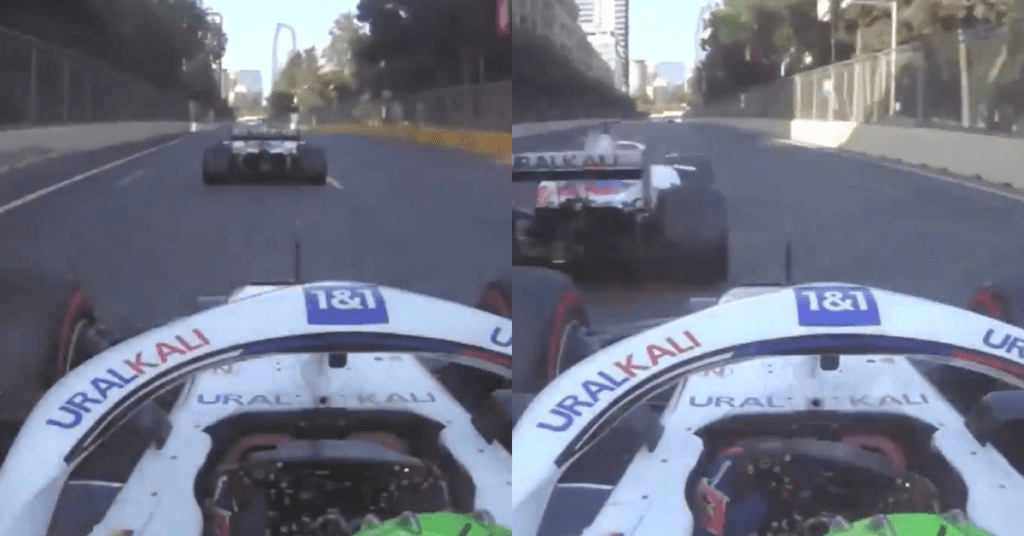