Schumacher Reflects On His FP3 Crash After Failing To Qualify In Hungary – WTF1
Skip to content
×
Crash , Formula 1 , News

Mick Schumacher had quite the day to forget in Hungary. He suffered yet another FP3 crash which as a result led to him failing to set a time in qualifying and needing his gearbox changed. Fortunately, the Haas rookie was okay after the nasty 30G shunt but still far from ideal for both him and the team.

This is the second FP3 crash Schumacher has sustained this season after his accident in Monaco left him unable to qualify as well. Although there might be jokes about Haas starting from the back anyway, it does mean a dip into Haas’ money pot to fix the damage, which isn’t exactly very deep right now.

Speaking to F1, Schumacher explained that the car was tough to drive all weekend long.

“We were closer than what we anticipated, which is a positive. It’s unfortunate that [the crash] happened in FP3 because that meant that qualifying was going to be tight, but the boys made a great job in getting everything ready and trying to get it drivable.

“Unfortunately, I think we were lacking around five to ten minutes, which is saddening, but you know, it’s one of those things where I have to learn a bit more from it and try to be more consistent and try and keep it on the grey stuff.”

Schumacher had been given a drop of five grid positions for changing the gearbox and suggested that he could start from the pit lane for tomorrow’s race in his post-quali chat with F1. 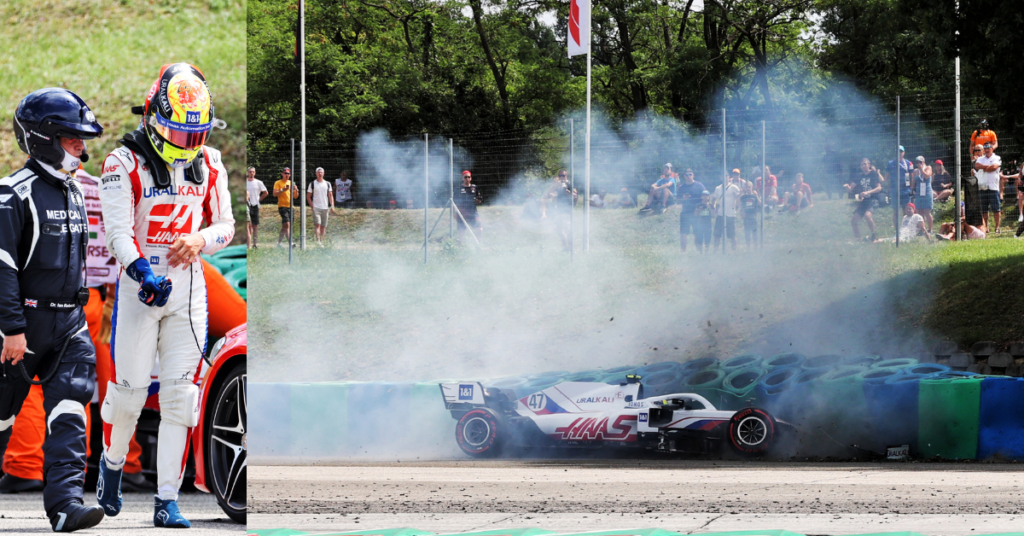