Schumacher Will Test For Ferrari And Alfa Romeo In Bahrain Next Week – WTF1
Skip to content
×
Formula 1 , Juniors , News

During the in-season tests, teams have to allocate half of the days to young or inexperienced drivers and Schumacher fits the bill perfectly. As a reigning F3 champion, member of the Ferrari Driver Academy and Formula 2 driver for Prema (where he’ll get his season underway this weekend, also in Bahrain), he’s a definite prospect for the future.

Schumacher will drive the SF90 on Tuesday before taking over the Alfa C38 on Wednesday. He said:

“I am obviously more than excited and would like to thank Ferrari for giving me this opportunity. I am really looking forward to what I’m sure will be a great experience. But for the moment, I am consciously putting all thoughts of the test to one side, because I am also very much looking forward to competing in my first F2 race and would like to focus 100 per cent on the weekend to come.”

Ferrari also confirmed that Schumacher’s fellow Academy driver and F2 rival, Callum Ilott, will get to drive for Alfa Romeo in the Barcelona test later in the year. 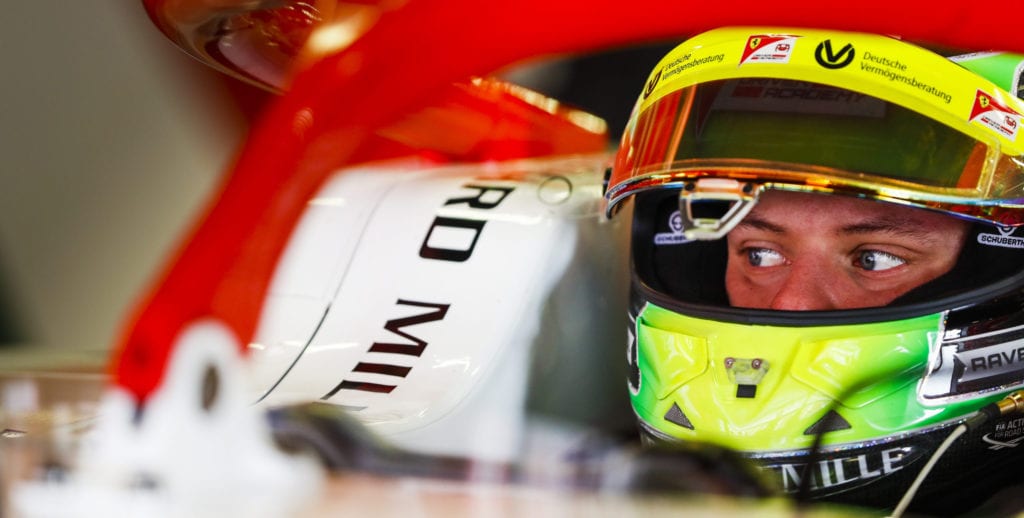